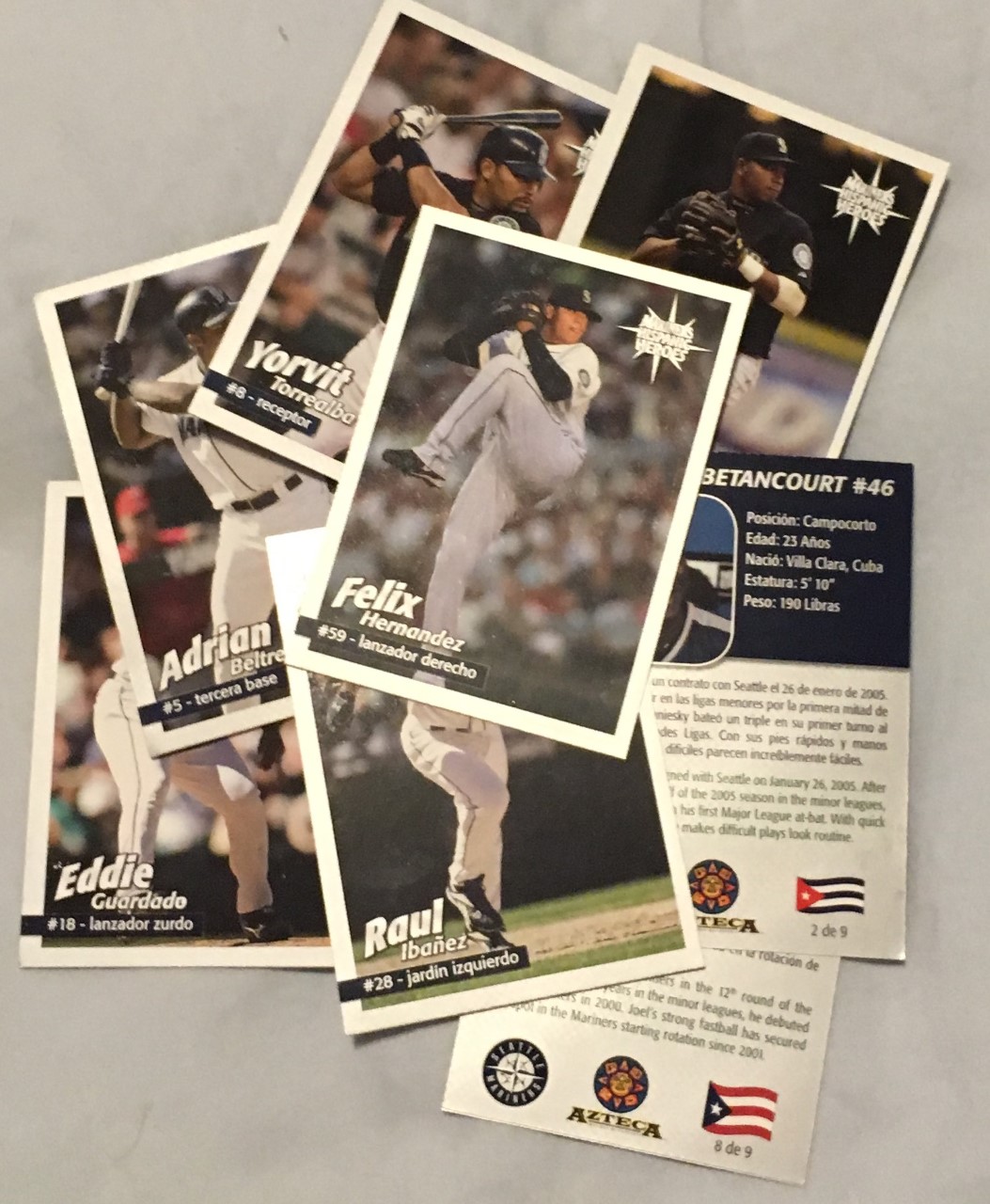 In 2005, the Seattle Mariners gave out a nine-card set featuring their Latino players as part of their annual “Salute to Hispanic Béisbol”.

The cards featured an action shot on the front with the player’s name and position listed in Spanish.  Cool, right?  The flip side showed a smaller player photo with bilingual information and the player’s home country’s flag.

When the set was released in mid-September 2005 commemorating Hispanic Heritage Month, I joked with the Mariners marketing manager about the Cuban and Puerto Rican flags.  You will note that the Cuban flag includes blue and white stripes with a white star in a triangular red field, while the Puerto Rican flag includes red and white strips with a white star in a triangular blue field.  I smiled and told him he got right.  He smiled back with a sigh of relief!

While the Mariners, of course, have given away cards sets in the past, this was the very first time that they released a set in Spanish featuring their Latino players.  A cultured observer, however, will note that two of the nine cards include the player’s last name correctly spelled with an “ñ”, while several of the cards are missing accent marks.  The set includes:

I’m hoping that the team will look to release a new bilingual set September 2017.  Felix would be the sole member left from that 2005 squad.