I am just going to say it: the most attractive baseball cards ever created were the 1964 Topps Giant-Size All-Stars. The over-sized cards (about the size of a standard post card)  were sold in wax packs — three cards and a stick of gum for a nickel. You can buy these 60 cards in great condition today relatively cheaply considering the quality of the cards and the depicted players.The design is simple and elegant; my favorite Topps designs (1957, 1961, 1967, 1969, 1976, etc.) are minimalist, and this follows a similar ethic.

All 60 players are shown in their current uniform and hat, a blessing when compared to other Topps sets from the 1960s. How did they do this? They were still putting the set together well into the 1964 season, so they had plenty of time to react to off-season trades. Below you see Rocky Colavito, traded from the Tigers to the A’s during the winter, in Topps base set and its Giants set. Which are you gonna take?

The “Giants” did not hit store shelves until very late in the summer, around Labor Day. This allowed Topps to select the players and take photos well into the season. The back of Johnny Callison’s card tells us that he hit a game-winning home run in the All-Star game, which took place on July 7. (Several cards mentioned that year’s All-Star team.)  Getting the cards updated and onto shore shelves in a few weeks is impressive.

The card backs looked like a newspaper, highlighting one particular date in the player’s career but touching on the full story.

The 60-card set was comprised of three players from each team, and Topps clearly intended these to be the “best” players on their teams, or at least players who had a claim to be. They were called “All-Stars,” after all.Let’s take a look at some of the selections and see if we can understand Topps’s thinking. I will assume that Topps made their choices in mid-summer of 1964. I am not interested in criticizing Topps for choosing among a group of comparably good players, but I will still point out choices that seem odd.

You could make an argument for Steve Barber or Wally Bunker as the third choice, joining the two perennial All-Stars. But this is a solid group.

Stuart and Radatz were one-dimensional but famous, and Yaz was their best player. Tony Conigliaro came up that year and was showing promise, but I expect Topps spent little time debating these three.

The first two were easy, but Topps had to struggle to find a third guy. Pearson had a fine 1963 which ended up carrying the day. Bobby Knoop probably might have been a better call.

They could have gone with Hoyt Wilhelm, or Joe Horlen, or Ron Hansen — the White Sox had a lot of good players. But I think this is fine group.

Sam McDowell and Luis Tiant were called up early in the season and became sensations, just a bit too late for Topps. The Indians had no obvious stars, and the three they chose were as close to qualifying as anyone I suppose.

The Wickersham choice seems weird today, but he was in the midst of somewhat fluky 19-win season and Topps was suitably impressed. Norm Cash would have been a much better choice, even at the time. Dick McAuliffe too.

These guys were arguably the three best players on a lousy team. By WAR, the best player on the 1964 A’s was reliever Wes Stock, but I’m not really going to defend that hill.

Oliva was such a great rookie that he not only forced the Twins to move Bob Allison (a legitimate star) to first base, he probably also forced Topps to kick Allison out of his honored place in this set. “Thanks a lot, rook.” 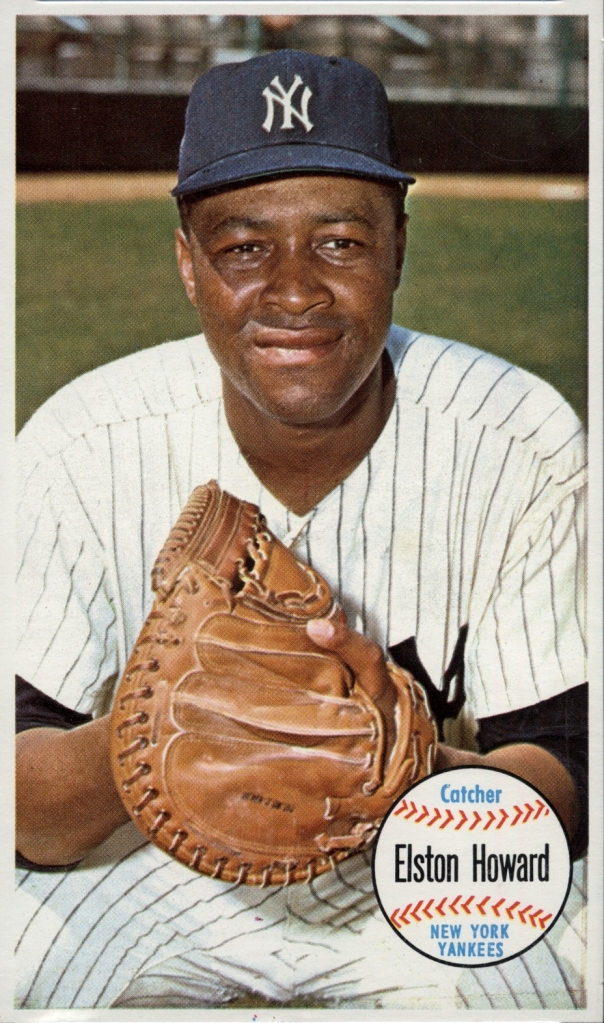 The toughest omission was Jim Bouton, but I suspect it took Topps about five seconds to settle on these three.

It’s hard to see how Claude Osteen did not make this set given the competition. Hinton is fine, but Skowron was all reputation, and Brinkman was a glove-only shortstop, a type that seemed to be everywhere in the 1960s.

Don’t laugh: Ellsworth was positively Koufaxian in 1963. (Look it up.) Sure, that season stands out like a mountain over the rest of his career, but it was great enough to get Topps to pick him over Ernie Banks, the most popular Cub who was quite a bit off his great peak of a few years earlier. 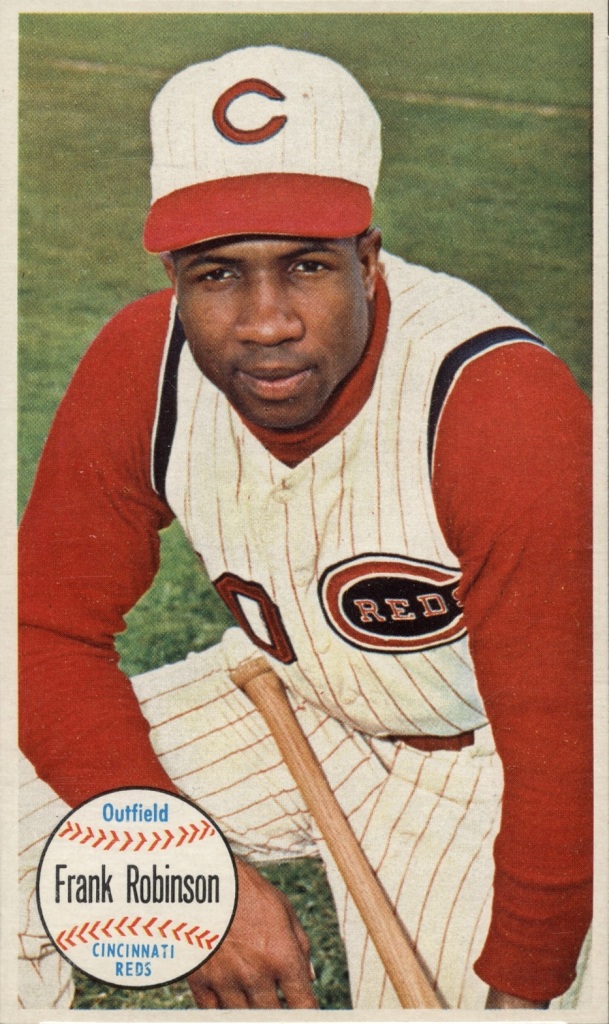 A year later and Pete Rose would have gotten one of the slots, but these three stars are pretty easy picks. Guys like Maloney are my favorite part of the set — although he eventually got hurt, he was absolutely not out of place in this group of 60 players.

In April 1964 Johnson pitched a nine-inning no-hitter and lost, still the only pitcher ever to “accomplish” this. This event was famous at the time, and was probably enough to get Johnson his card, along with two teammates who were also not stars (though Fox once had been).

Don Drysdale’s omission is odd — he was famous, and he really was a better player than Davis or Howard. For proof, he even started the All-Star game for the National League, the fourth time he had done so (he would start again in 1968). Maury Wills ordinarily might have warranted a spot as well, but Topps did not have Wills under contract until 1967.

Spahn finally collapsed in 1964, but Topps was not ready to give up on him, giving him this spot over over Eddie Mathews, who was in decline but still a very productive player. The other two were easy calls.

Hunt was the only actually good Met. Cisco enjoyed a pretty decent run in early 1964, the best run of his career, and this was just enough to get into the set. McMillan was basically a utility player at this point, but that was true of the entire team.

Given the inclusion of Oliva, its hard to justify the omission of rookie Dick Allen, who was one of the best players in the NL from April onward. Gonzalez was a good player, but not in Allen’s class.

Other than Clemente, the Pirates were transitioning in this period and Topps went with a guy on his way in (Bailey) and a guy on his way out (Friend). They could easily have gone with Bob Veale or Bill Mazeroski, but whatever.

At first glance, Willie McCovey (the NL home run champ in 1963) seems like a shocking miss, but he was having a down year in 1964 and Topps chose three other Hall of Famers. Hard to complain, really.

The Cardinals acquired Lou Brock in June and he was their best player the rest of the year, but this was a couple of months too late for this set. With apologies to Bill White and Curt Flood, Topps chose well.

For my money, the biggest miss in the set was Drysdale, who lost out to lesser (albeit very good) players. There are many candidates for the “Least All-Star” because many teams did not have three good candidates. I might go with Galen Cisco for this coveted trophy, though.

As I have said, one of the reasons the set holds up so well is that the late release date allowed for up-to-date photography. The late release also likely hurt sales — Topps never tried a significant late summer release again. Fortunately, they printed tons of these cards, making collecting it today somewhat of snap.  It is a fabulous set, and well worth a little time and investment.