In the wake of the Mets winning the World Series in 1969, a flood of cool items hit the market -buttons, records, Daily News portraits (“A Portfolio of Stars,” drawn by cartoonist Bruce Stark), ugly Transogram action figures, even an IHOP placemat (which I have, which is remarkable considering I’ve eaten at an IHOP maybe three times in my life). 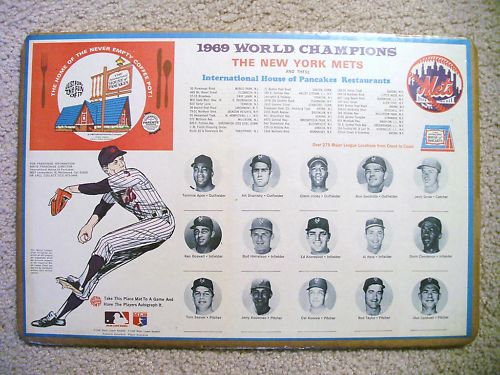 The one that grabbed my interest the most was a gas station giveaway that came out during that championship season.

Nostradamus-like, Citgo put out an 8 card set BEFORE the Mets won the World Series. Way to get on the bandwagon before the bandwagon even existed! At 8” X 10”, are they cards? I don’t know. They’re card-y enough to make it into the Standard Catalog. The fronts of the cards have both portrait and action shots, the eight lucky Mets featured were Tommie Agee, Ken Boswell, Gary Gentry, Jerry Grote, Cleon Jones, Jerry Koosman, Ed Kranepool and Tom Seaver. No Jack DiLauro? No Bobby Pfeil? For God’s sake, where the hell is Nolan Ryan? 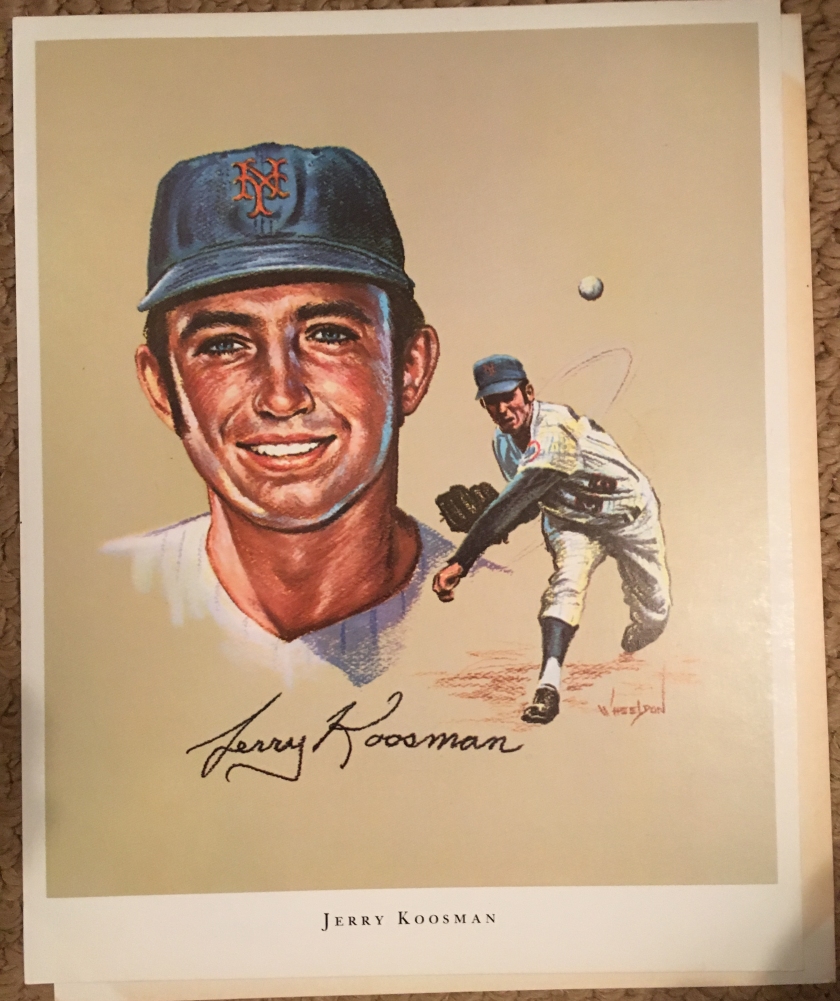 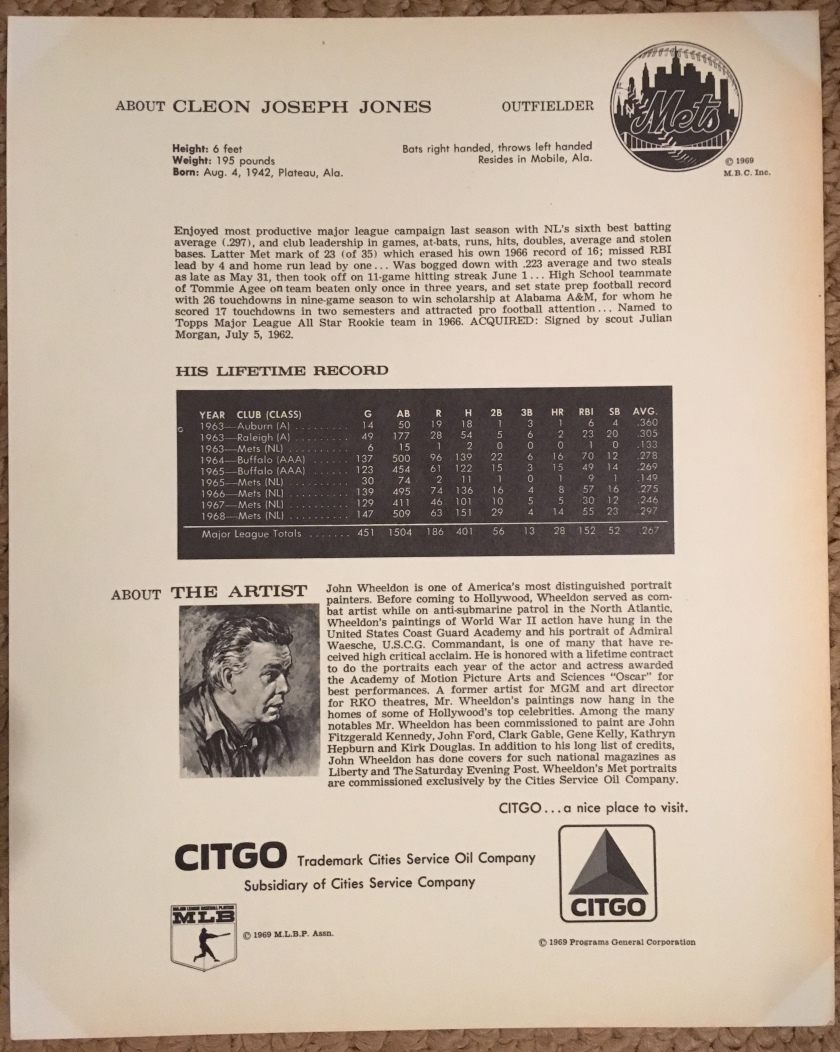 I didn’t collect these when they came out. I was six- years old, going on seven, in the summer of ’69, and didn’t have my card collecting and gas station promo game down. By 1972, when Sunoco issued NFL stamps, I was all over it.

Years after the Citgo Mets were issued, I found a nice set at a Chicago National and, having completely forgotten about them, was consumed by a flush of warm nostalgia when I saw them. I was instantly brought back to the Canarsie of my youth and the pure heaven of the Mets World Series win. I stopped being a Mets fan years ago (mid-1977 to be exact), but 1969-70 has a special place in my heart, as does this set, which was yours for $0.35 per gallon.