I love movie villains and the 1964 Topps, and thought it would be fun to combine the two to create a themed set. The Yankees and Dodgers are two of the most reviled teams, so they collectively house this rogues gallery. 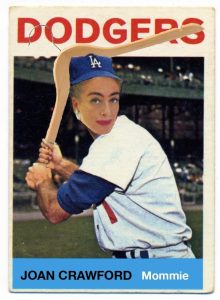 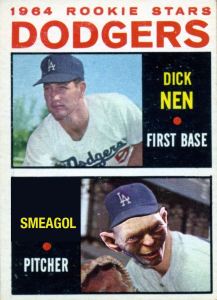 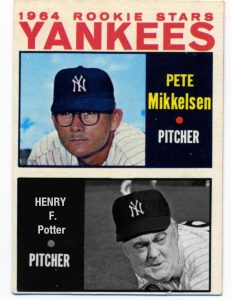 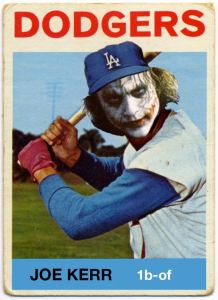 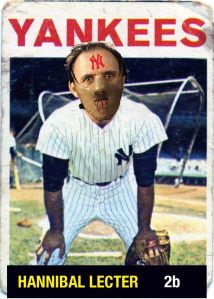 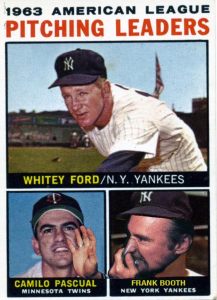 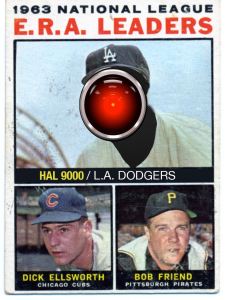 Role reversals would be interesting. The devout Bobby Richardson as Hannibal Lecter. Jim Bouton as the Wicked Witch of the West (instead of ending up in Munchkin Land, it could be the Pilots’ locker room, with Joe Schultz as the Mayor). Good ol’ Doug Camilli terrorizing teens in their dreams with a demonic catcher’s glove.

A few years back, Terry Cannon of the Baseball Reliquary invited me to share some of these as part of his “Son of Cardboard Fetish” exhibit at a local Los Angeles library. Suddenly, there was controversy. The librarian, a big baseball fan himself, scotched the inclusion of these villain cards in the exhibit. He deemed them too scary for soccer moms and their kiddies. Poor “Baby” Jane Hudson and Henry F. Potter would have to wait for their moment in the limelight.

Fortunately, cooler heads prevailed at Sports Collector’s Digest, who printed some of the cards for everyone to enjoy in their national publication. I do worry about those soccer moms, though.

3 thoughts on “Dr. Zaius, Ernst Stavro Blofeld, and Thou – The Greatest Villains in Cinema History”