Thanks to the 160 of you who took our poll to determine the best cards sets, annually, from 1981 through 1985. Click here to read about the poll and see the fronts and backs of the fifteen different sets.

One overall observation (spoiler!): there is probably a lot of Topps Loyalty out there, people who grew up with Topps in the 1970s (or earlier) and stuck with them through the years even until today as most of their competition has come and gone.

Anyhow, here are our favorite sets, year to year. 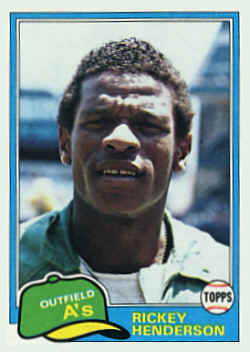 In July 1980 Fleer finally won their court case against Topps, when a judge ruled that the player’s association must grant a license to at least one other company to produce baseball cards. As it happened, they awarded two: one to Fleer, and one to Donruss. The two companies had just a few months to put together card sets, including the gathering of several hundred photographs.

Given the timeframe, the existence of the two sets is remarkable. But not remarkable enough to produce designs as well as Topps, who had been at it for 30 years.

Topps won a minor reversal in their legal battle, so beginning in 1982 neither rival was allowed to put gum in their packs. (In 1981, all companies had gum.) The 1982 Topps set also turned in its second decisive victory.

In my opinion, Donruss took a big leap forward in design and photography, but Fleer was the opposite — cards so uninspired and blurry that I wondered whether they would bother continuing. (I joked on Twitter that the photos look to have been taken by your stoned friends on Florida spring break. And they do.) 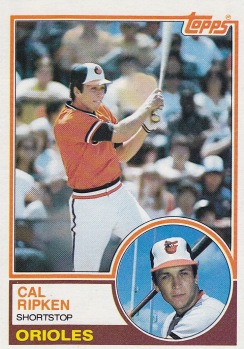 The most decisive victory in the poll. I could be wrong, but I think this is more a reflection of people’s love for the Topps entry rather than a reflection of the other companies. This is my favorite Topps set of the 1980s, so I sympathize.

Where I differ from the consensus is that I love the 1983 Fleer set. In fact, Fleer was a game changer for me. I was now out of college, and I had pretty much decided that I was just going to be a Topps guy, that the usurpers, while admirable, had not done well enough to convince me to buy multiple sets. So I got my Topps set early that year and called it a day.

And then I wandered into a card shop one day, saw some Fleer cards, and basically fell in love. The use of the logo instead of (not “in addition to”, like 1965 Topps) the team name was genius, the overall design was attractive (the first non-white border since 1975 Topps), and the backs were much better than Topps (and had been from the beginning, to be honest).

As I said, I really liked the 1983 Topps set, but I still like Fleer better all these years later.

This was basically a 3-way tie, and if I ran this poll again using a different methodology it is anyone’s guess which would win. In fact, Fleer had the lowest total of 1st place votes (although the margin was also razor thin). But Fleer is the winner.

I assumed Donruss would win as it is one of the most famous sets ever. It was famous in 1984 for supposedly being scarce, and for having a great Don Mattingly rookie card. I have seen a number of articles or surveys about the best card sets ever, and this set is often mentioned.

Personally, the 1984 Donruss and Fleer sets are my favorites from the 1980s. As for Topps, I didn’t like their repeat of the second photo on the front. They went 20 years before using it in 1983, and should have exercised the same patience before going back to the well. (Admittedly, I am a one-photo guy.) 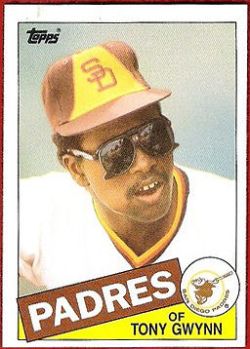 Topps is back on top in another very strong year for all three companies. After Fleer showed the way in 1983, Topps used team logos for the first time in 20 years. This was much preferrable to the second photo, in my opinion.

Donruss also debuted the team logo, and (like Fleer) used it instead of the team name. Donruss was the winner for me, but Topps was our (mild) consensus.

So there you have it. Topps takes four out of five, and easily could have swept. But by the mid-1980s I think it is clear that all three companies were on relatively equal footing, each having pros and cons. In 1981 we wondered: could the market really handle three card companies? A few years later, we knew the answer.