A recent post by Jeff Katz provided a look at horizontal Topps cards from ’74, comprised mostly of game action photos. Of course Topps previously used horizontal orientation for entire sets and specialty cards (league leaders, world series etc.). This brought to mind some of the great “colorized” action shots from the classic ‘56 set, which utilized the horizontal design. The photos were used as background images behind the portraits. Let’s take a look at a few. 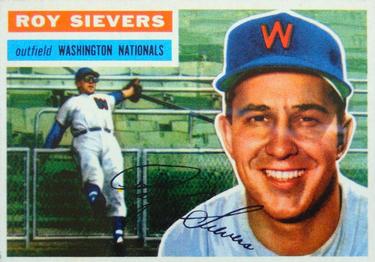 Prototypical slugger, Roy Sievers, could apparently “flash some leather” as well as pummel it. This shot shows him making a great catch-or attempting to- while wearing cool “shades.” 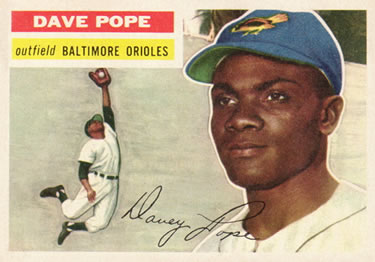 Dave Pope makes a great leaping grab against what appears to be the Grand Coulee Dam. The “blue” Orioles cap rounds out this cardboard oddity. 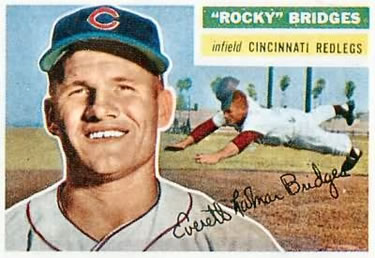 Peering into the future to channel “Charlie Hustle,” Rocky Bridges “flies” into second in spring training- complete with an airborne helmet. 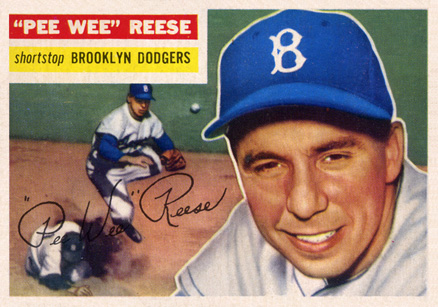 Executing a fantastic aerobatic leap to avoid an aggressive slide, Pee Wee Reese fires to first for a “twin killing.” The ball frozen in mid-air adds to this wonderful image. 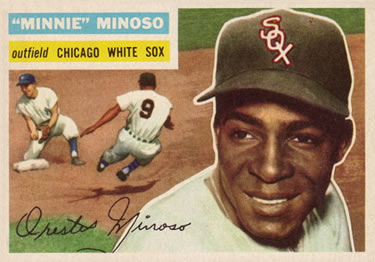 The great Minnie Minoso seems to defy gravity as he hurls toward second base. 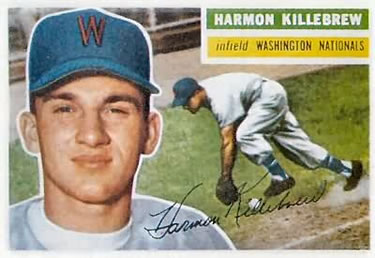 A very young Harmon Killebrew has either made an error or is picking up a foul “dribbler.” Not exactly the most scintillating of action shots. 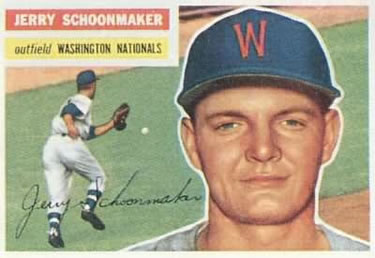 Perhaps Topps wanted to depict the moribund Nationals in their continued state of ineptitude as outfielder Jerry Schoonmaker appears to be chasing a misplayed ball. 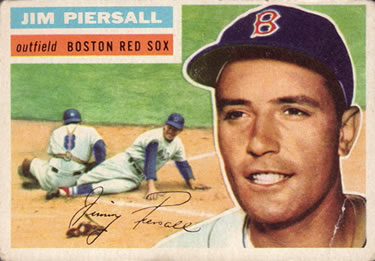 Fear “struck out” once again as Jimmy Piersall shows no hesitation in taking on Yogi in a play at the plate. 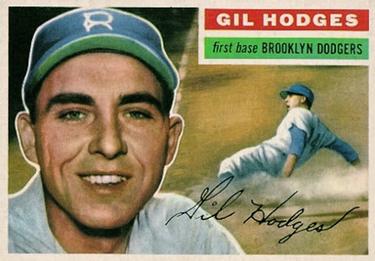 The great Gil Hodges kicks up some dust as he heads into third. 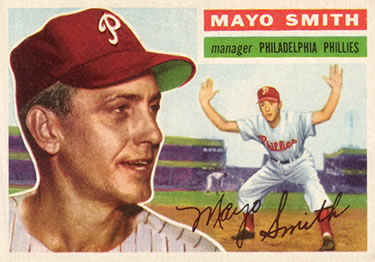 Although this is a staged photo, I could resist include this Mayo Smith image. Managers often coached 3rd base in this era, so Mayo is apparently giving the “stop sign.” I suppose it is possible that he is demonstrating the size of fish he recently caught or showing how far the Phillies were from being a contending team. 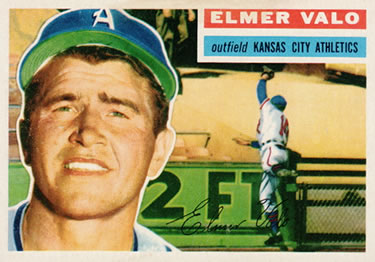 Elmer Valo makes a spectacular over the fence grab. 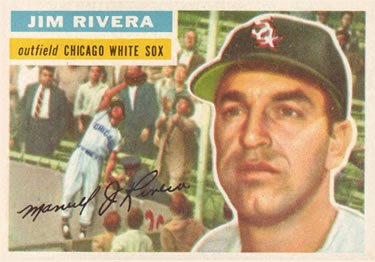 “Jungle” Jim Rivera “runs one down” in the corner. 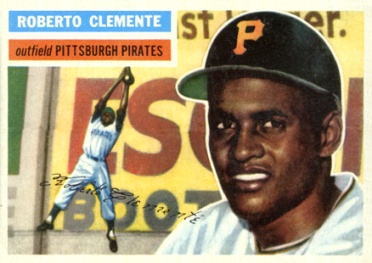 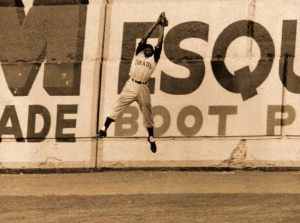 There are many more classic shots from this iconic set. A surprising number of the original photos can be found online.