I like “What If” history and I’ve put my time in to back that up. I was published in a book called Play It Again, with a bit of historical fiction about Sandy Koufax. I wanted to know how Koofoo’s career would have played out had he undergone surgery, so I wrote it. Years later, I created a 52-story series of rock and roll “what ifs” called Maybe Baby (or, You Know That It Would Be Untrue). That was a hoot to write, a self-taught class on different perspectives and styles. I ended up with some worldwide readership on that one.

My penchant for “what ifs” is why I like Topps Archives (though doesn’t explain why I dislike Heritage). Multiple alternative history cards in one pack? I’m in.  And though Archives packs are expensive as hell, at least where I buy them ($5!), they’re still worth the occasional purchase. If you read my posts, you know I’m a sucker for packs and recently I got a good one. 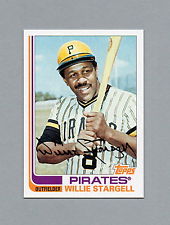 The Archives card of Pops is better than his regular ’82, not as good as his Action ’82. That’s not to quibble. Pulling a Willie Stargell card out of a 2017 pack is a smile-producer. Over the years I think Stargell has become undervalued, but if you were a fan during his heyday, there were scant few players more highly regarded. None were more loved. 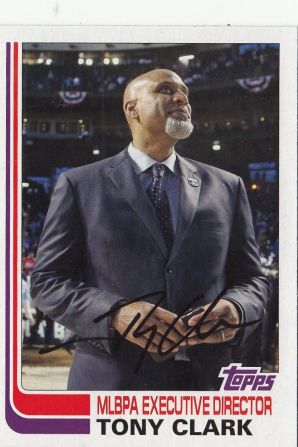 I didn’t spend a moment thinking about Tony Clark when he played, but I’ve met him several times over the past few years and he is one of my favorite people – smart, engaging, a towering figure that commands your respect in subtle, but real, ways.  A Clark card for his union role? Sign me up! After all, I wrote Split Season about the players’ union battles against Cro Magnon ownership.

I don’t even want to go into this. I thought I was selling a Judge card high and I turned out to sell it low. It’s no fault of his, but Aaron Judge makes me upset. 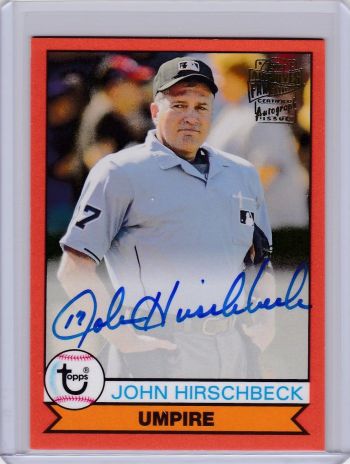 I’ve always collected autographs. Not at the level I’ve collected cards, but I was an incessant letter writer in the 1970’s and still pick up the occasional signed card. Pulling an autograph from a pack is a blast, my mixed Aaron Judge experience notwithstanding, but there are times when it’s a letdown. John Hirschbeck? Why? Where’s the demand for that? The one I pulled is a limited run of 25, but still, are their 25 people who want this? 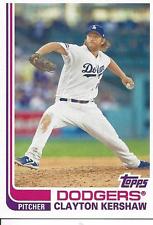 A few months ago I was toe-deep in a 1960 Topps set. Now I’m up to my neck in them (about 100 to go), so the 1960 look is on my mind a lot. The Trout card could fit in to the original set nicely. There’s a falseness to the look of the color picture, but there are lots of 1960’s that aren’t photographic, more like hand painted photos. The black and white action is more kinetic than the usual 1960 static B & W, but it works. And it’s Mike Trout!

Archives is very good and yet, for all their history and skill and budget, Topps doesn’t do nearly as good a job as the “cards that never were” producers. Chase down whentoppshadballs.blogspot.com, cardsthatneverwere.blogspot.com, @BottommsCards (on Twitter) for some incredibly solid work. Every time these guys post something, it’s like opening a pack of unexpected goodies, and they’re free.

22 thoughts on “Leader of My Packs”