I’d only been to SABR Conventions when I was speaking about a book I had out, so it was Cleveland in 2008 (Kansas City A’s & The Wrong Half of the Yankees) and Chicago in 2015 (Split Season). With this year’s SABR 47 in New York, it was too close to miss. Still, I couldn’t go for multiple days – cost, for one, and conflicts (friends coming to Cooperstown) – but if you read my last post you know how much the SABR Baseball Cards Committee has meant to me so I definitely wanted to be there for Saturday’s committee meeting, in general, and to see Mark Armour and Chris Dial, in specific. That Keith Olbermann was speaking was an added boost.

KO is 3 ½ years older than me and his lifetime of card collecting somewhat mirrors mine. I didn’t know how much until he spoke. Waving around a 1971 issue of the early card magazine The Trader Speaks, Olbermann spoke about going to card shows in NYC starting in 1971, realizing that he could buy 1940 Play Balls for a buck a piece and searching antique stores for T206s at .35 each. His Dad drove him from Westchester to Lake Ronkonkoma in Suffolk County for a show.

I went to those early card shows as well, starting in 1973. It seemed they were always either after my birthday or after Hanukkah, so I had some cash, $100 for each show. Though I was into cards and baseball history as much as Keith, I didn’t have the same focus he had. My first show I bought a 1955 Koufax rookie, a 1957 Paul Hornung rookie, a 1965 Don Maynard, a T206 Mathewson without much trace of a back. Why? I don’t know.

Over the years I narrowed my focus, sort of. I knew who I liked – Koufax, Frank Robinson, Kaline, Banks – and got all their base cards. I occasionally bought a Mays, Mantle or Aaron. I never really liked The Mick, but my aversion to Mays and Aaron cards is inexplicable to this day. I also was set prone. Sometimes that worked for me – the 1959 Fleer Ted Williams comes to mind – but often it didn’t – the 1979 Topps Comics set comes to mind. 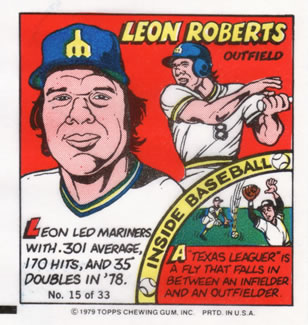 When I say things “didn’t work,” I’m talking investment and future value. I always bought what I liked; in that way everything worked. Still, I look back and wonder where my head was at. It certainly wasn’t where Olbermann’s was.

As Keith spoke about buying truly old cards, going the extra mile to meet the great Mike Aronstein of TCMA fame, travelling to Lake Ronkonkoma for a show, I could see the monstrously large gap between his devotion and mine. Sure, he clearly had, and has, more disposable card money than I do, but his drive put mine to shame. I lived next to Lake Ronkonkoma, went to Sachem High School in Lake Ronkonkoma, knew The Trader Speaks was published in Lake Ronkonkoma but never, never, sought the local card community.

The room was packed, a sure sign that the SABR Baseball Cards Committee has touched a nerve. Maybe some were only there to hear Olbermann speak. Even so, he spoke cards and that only reinforced what we’ve been up to on the blog.

As Chris Dial said as we talked about the future of the Cards Committee, “baseball cards are bigger than all of this.” “This” means SABR, Sabermetrics, Negro Leagues, women in baseball and so on. It seemed a shocking thing to say, but I know he’s right. EVERYBODY has come through cards at some point. Not everyone has dipped a toe in the other arenas. So when Keith Olbermann says he started as a baseball card collector and then became a baseball fan, that’s an experience we can all share equally.