I haven’t spoken to my parents in about 12 years. It’s a long story, not a particularly interesting one, so I won’t go into it. Even though I don’t speak to them anymore, don’t draw the conclusion that they never did anything nice. That would be wrong.

When Hostess started issuing cards in 1975 on the back of Twinkies, Cupcakes, Suzy Qs and Chocodiles (which may have arrived on the East Coast a few years later) boxes, I was quick to up my intake. Not that I needed an excuse to eat more Hostess Cupcakes, an all-time great junk food, but cards were a very effective spur to increase buying. I was a pretty serious collector by 1975, but still dumb enough to cut the cards from the boxes. I don’t even want to show any; they’re not terribly cut, but they make me feel bad. By the following year I realized I should cut the whole back panel out.

Around that same time my mother started taking me to a Hostess outlet. I can’t remember where it was in relation to our Lake Grove home in the middle of Suffolk County, but it wasn’t close. The outlet (imagine a Hostess outlet!) had boring stuff like bread and rolls but it had boxes and boxes of pastries (does Hostess product count as a pastry?). I could take my time checking their inventory and picking out cards I needed. It was a cake/card shop, the nearly perfect shop for a mid-teen like me.

My mother was a good sport about it, buying, it seems to me, as many boxes as I asked for. Once we brought the goodies home, there was no way I was going to wait until me, my brother and maybe my parents slowly ate their way through the stock. I dumped all the cakes out and put them in a bowl. The cellophane wrapper kept them sliding off each other, but I managed to cram the whole lot into the fridge. (There’s nothing better than cold Hostess cakes.) The boxes were empty, the back panels were cut and laid in an old shoebox. 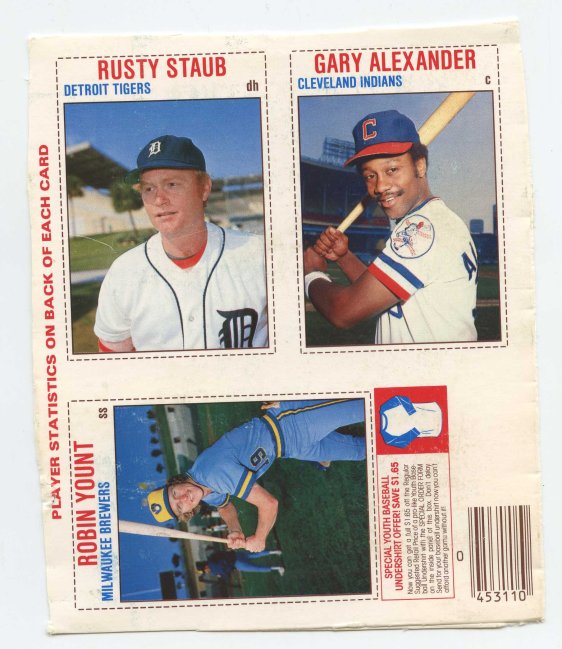 It wasn’t until 1977 that I saw individual cards in two packs of Twinkies and Cupcakes. I was visiting my cousin in Staten Island and we were in some kind of convenience or grocery store when I saw them and bought a bagful. I probably through an immature tantrum and made him pay. Like many food issues, those cards were the platter that the product sat on, so the cards all get stained. I’ve read that clean cards were released into the hobby, but that’s cheating. I got mine, Twinkie grease and all, the old fashioned way, at the retail level.

I was looking through my Hostess cards (full confession: to list doubles on eBay) and I was instantly brought back to mid-70’s Long Island. Hostess cards bring happy memories and all I need to do is look at them. I don’t even need to eat a Twinkie to be transported. Even Proust’s madeleine couldn’t do that.