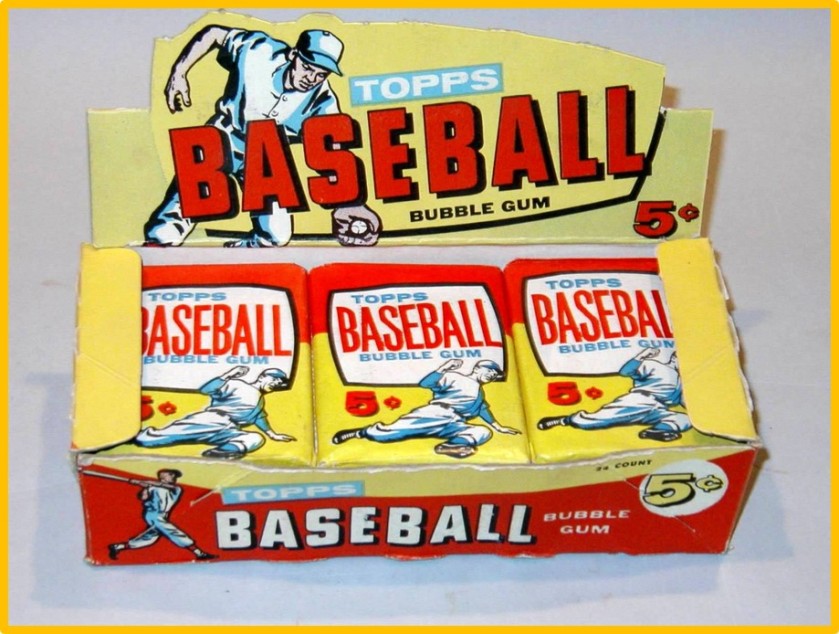 Sometime during the spring of 1957, I acquired my first pack of Topps Baseball cards. The specific details are lost to history, but suffice to say that collecting baseball cards became an immediate and, eventually, lifelong pursuit. So, 2017 is an important anniversary for me – 60 years of collecting cards. 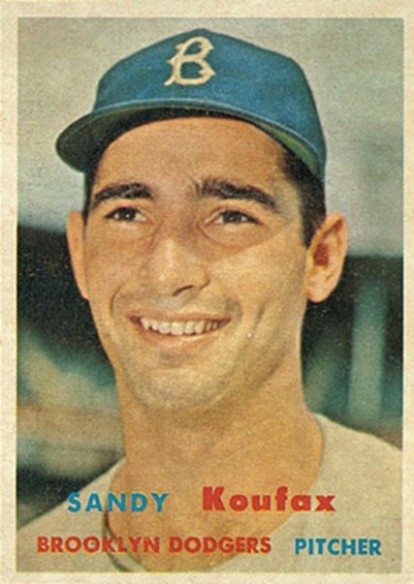 My card collection quickly became my most prized possession. It was rarely far from my sight. I soon acquired an old briefcase from my father for the cards. Unlike most other kids, I never used a shoebox; in my mind, the cards were much too valuable for such a flimsy storage container. I alphabetized the cards by players’ last names and kept them in order in the briefcase. For many years the player for whom I had the largest number of unique cards was Hank Aaron. However, it was not until I was an adult that I added the 1957 reverse negative Aaron to my collection. I amassed a pretty good number of 1957 cards during that first year of collecting. I still have many of them, including some of the hard-to-find fourth series cards like Brooks Robinson, Sandy Koufax, and Jim Bunning.

Although the 1957 cards will always have a special place in my heart, it was the 1958 set that produced my favorite card as a youngster—#376, Charley Rabe of the Cincinnati Redlegs, my favorite team even now. (For five years in the 1950s, Cincinnati changed its nickname from Reds to Redlegs because of the “Red Scare” in the United States and the connection so often made between communism and the color “red.”) Although the set is often criticized for the strong color backgrounds that replaced the nice stadium shots found in many ‘57 cards, there are still many great players highlighted in the set. In particular, the Sport Magazine All Star Selection cards at 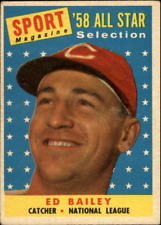 the very end of the set, including Redlegs Ed Bailey, Frank Robinson, and Johnny Temple. But I preferred Charley Rabe and his card over all others.

I am not sure why this particular card and player became my favorite. It might have been his home of Waxahachie, Texas, although I doubt if I could pronounce the town’s name correctly despite my family connection to Texas (it’s WAWK-sah-HATCH-ee). My mother’s side of the family can trace its history back to the state’s republic period. Furthermore, he was not even the most noted major leaguer from Waxahachie. That honor belonged to player, scout, manager, and team executive Paul Richards. It might have been his confident look or the wavy hair peeking out from under the bill of one of my all-time favorite Reds caps. Or, since like so

many kids of the era I studied the back of each card with a fanatic’s devotion, maybe it was the cartoon on the back of #376, showing a right-handed pitcher who instructed the ball in his hand that “You go where I want,” presumably illustrating Charley’s improved control acquired under the “watchful eye of Lefty O’Doul last year.” I doubt I noted at the time that Rabe was a lefty, but I do remember thinking that his statistics displayed a fair number of walks. Later I would learn more about Lefty O’Doul, who was a noted hitter during his playing career, so I am puzzled about what he taught Charley about pitching. Also, the reference to the Reds farm team in Lawton was another thing that fascinated me about the

backs of baseball cards—the interesting minor league cities where players toiled before making it to “The Show.” As long as I am talking about the backs of cards, I should mention that I preferred those of the 1957 cards because they provided season-by-season statistics.

Charley (or Charlie as he is listed on Baseball-Reference.com) appeared in a total of eleven Major League Baseball games with 27 innings pitched. He batted six times, with three strikeouts and no hits. He gave up five home runs—two to Del Crandall, and one each to Hank Aaron, Andy Pafko, and Bill Mazeroski (the only non-Milwaukee player to hammer a Rabe pitch out of the park), that is, two Hall-of-Famers and an eight-time All-Star. He last appeared for the Redlegs on June 4, 1958, and he 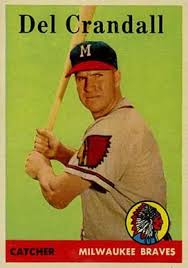 would not appear on a 1959 card. He was already back in AAA baseball. None of this mattered to a seven-year-old boy in 1958, or for many years after that. Rabe was my favorite! In fact, in 2007, when Topps Heritage issued a Real One Certified Autographed card of Rabe, I quickly snapped one up a few on eBay. I have both red and blue autographed cards. The red ink versions were limited to 57 cards to match the year of the set being honored.

To this day, sixty years after opening my first pack of cards, I still feel a thrill picking up a pack of new cards. In particular, a nice chase card (the limited edition cards meant to drive a collector’s interest in buying more and more packs) is always a welcome addition to the many cards in my collection.