I want more. We all want more. Any collector worth his accumulating salt wants more, but in the constant pursuit of the new, it’s easy to forget what we have, especially when it comes to cards from the 1990’s. Not only have I lost track of what sets I have from that decade, but I can’t even remember the designs from year to year. Young me would be appalled at such neglect.

I wrote last week about the cards that dominated the Tim Raines party the night before Induction. In the goodie bag, along with a signed copy of Rock’s book, were a handful of cards. This one

The 1996 Topps baseball set is not at the top of anyone’s all-time favorite sets list, but it’s damn nice. The design is sublime – simple, with the team logo in one corner, name at the bottom and a weird Phantom Zone face shot that would make General Zod grimace in remembered confinement. I kinda love it. Action shots dominate the set, but they’re varied enough to not be boring. 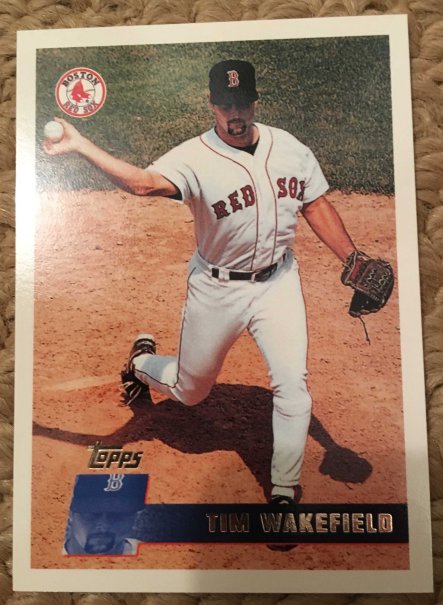 Did Quilvio Veras ever look this good? 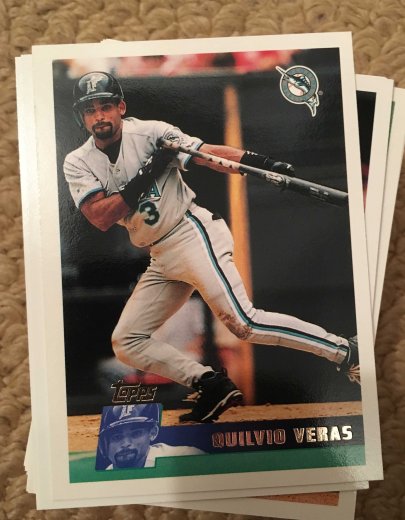 There’s not a lot of fluff here. At 440 cards, it has to be one of the smallest base sets Topps issued. Concise and to the point; I like that. The subsets are nice, with a glimpse of what’s to come, the good and the bad.

While going through the stacks of cards, I felt I was in the eye of the hurricane. The odd thing about looking at 1996 versions of Bonds, Clemens, Sosa, McGwire and others is the pervasive sense of innocence. In reality, nobody was innocent (no one ever is!), and what exploded only two years later was obviously in the mix in 1996. We just didn’t know. Looking at these cards, I could feel the storm coming, palpable outside the borders and ready to burst.