I fancy myself as a frugal guy. Maybe not frugal, not anymore. I used to be pretty tight with money, which was fine when I was on my own, a bit more problematic once I got married. Over time I’ve become somewhat more profligate, maybe not profligate, but I no longer spend money as if I was still a kid without a job or had an entire career behind me. Still, I don’t love the act of spending, so I still try to maximize my dollars. If I’m going to spend dough, then I want it to be as little as possible within the confines of market rates.

When I started working on various sets, I had two general situations – 1) I had more than enough of the set that it was way less costly to finish off the checklist and 2) that, for other sets, it would be cheaper to buy the whole set and sell off what I already had from said set. I was more than aware of that, but there’s little fun in buying the whole all at once. Building a set over time is more enjoyable. And yet… 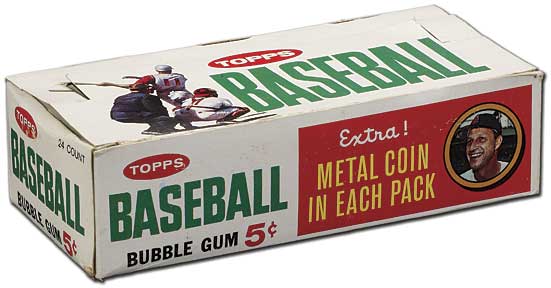 I had about 30 1964 Topps coins and a solid amount of those were high end guys in EX condition. I figured with Koufax, Clemente, one of the Mantle All-Stars and plenty of other Hall of Famers, I’d be able to finish off the rest for less than the cost of a complete set. I was wrong, and I was wrong in a couple of ways.

The first way I was wrong was that, regardless of book value, there’s a definite floor on prices for commons. Could I get them for less than $1.75-2? Not really. Oddly, I can’t seem to sell my doubles for more than $2, about $1.50 after fees. It’s not a great spread.

The second way I was wrong was in gauging opportunity. I didn’t expect to go back to a card show, which I did, wrote about, and that led to 48 coins in one shot. I didn’t expect a friend to have another 35 he was willing to sell at a fair price. 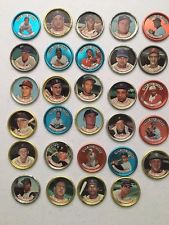 That’s it. I’m done. I have the entire set, not counting the Wayne Causey and Chuck Hinton wrong back All-Stars (they say “N.L” when they should say “A.L.”). I’ll likely pick them up over time, though there’s a difference between a complete set and a complete master set with all errors. (I do have both Mantle All-Stars. Less a mistake than a conscious and clever effort by Topps, there are AS coins of The Mick batting right-handed and left-handed).

Even with the 30+ head start, I ended up paying more to finish the set than had I bought it outright. How much more? Maybe $25 bucks, maybe $45 bucks with the error coins. Was that worth it? I’m not sure. I had expected that it would take me a good year or so to cobble together all the coins I needed. Had that been the case it would have been worth the extra money to work slowly and enjoy the gradual build.

But was it worth it for what ended up being about 3 months’ worth of collecting? I’m still not sure. I get an inordinate amount of joy looking at them, but maybe that would have been the case had they all arrived at once.

What I do know is that this is probably the only instance of doubt I’ve had on my process. I’ve been able to make enough good deals (and offset a percentage of costs with eBay sales) on the other sets I’ve worked on that it’s been better to piece them together. At least I’ve managed to stretch those sets out longer in a way that doesn’t give me pause.

13 thoughts on “An Unsettled Set Strategy”