Almost 18 years ago, I moved to the Pacific Northwest from the Midwest. Other than Mariner Ken Griffey—who I assumed would end up with the Cincinnati Reds because .. who would ever want to play in Seattle?—I didn’t know anything about the teams.

Things have definitely changed. Now, I consider this my home, and I became a Mariner fan—although I do still question why on most days. From a baseball history perspective, it also means I essentially started with a clean slate in the Northwest, and I have a lot of catching up to do on the history of the players.

For example, I was surprised to learn from this 1965 Topps card that Mel Stottlemyre was born in Mabton, Washington in 1941.

Mabton was originally inhabited by the Yakama people until the Northern Pacific Railway arrived around 1884 and built a water tower. The town continued to grow, but the population hasn’t increased significantly since those water tower days. 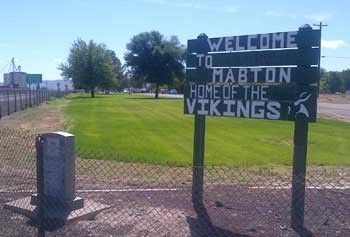 Mel was and still is the town’s most famous citizen. After he pitched in the 1964 World Series, Mabton’s Mayor, Del Hunt, proclaimed Oct. 22th as Mel Stottlemyre Day. Mel had started three times in the recent fall classic, finishing 1-1 with a no-decision. That didn’t deter his hometown. On October 22, more than 1,000 people showed up in Mabton’s City Park to welcome home the World Series Rookie.

The event was held in the park because the gym could only accommodate 600 people, and the town’s population was fewer than the 1,000 people that showed up. Mel was given a parade and presented with a distinguished citizen’s award, an honorary membership to the Lions Club, and a deer rifle. Incidentally, he took the new rifle hunting the next day only to end up on crutches after spraining his ankle by stepping into a ditch. 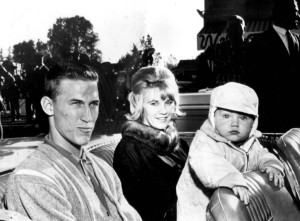 I really did not set out to give a history lesson about a small town that most people in the State it resides in probably couldn’t find on a map. Rather, I was reflecting on how many stories baseball cards tip off if you look close enough.