I’ve been working on completing a 1936 Goudey Wide Pen set, Type 1 of course, and, I’m pleased to say, I’m in the homestretch.  I’ve got 106 of the 120 AND the two keys – Joes DiMaggio/McCarthy rookie (which I basically traded, even up, for a 1976 Walter Payton rookie card) and Hank Greenberg.  I had a pretty good jumpstart on this set; I bought 80 or so back in the early ‘90’s for, what I can only assume, was a steal.

I was showing my friend Jimmy the album with my Wide Pens and he said, “They’re not really cards, are they?”  “Sure they are,” I said, not even understanding the question, but since that day I’ve been mulling over the existential point he was trying to make – “What is a baseball card?”

The Type 1 Wide Pens were in-store premiums (not sure what the method was to acquire them – were they free? Did you have to buy a certain amount of Goudey gum products?), 3 ¼” X 5 ½” black and white portraits or posed action shots with thick facsimile autographs. Overall they’re pretty fascinating, a mix of Conlon-type close ups and various pitchers in windups, swinging hitters and, on rare occasion, a real game photo. The backs are blank. (The player selection is odd and worth a post of its own).

So how could this not be immediately perceived as a card? Is it only a photograph? In the corner each Type 1 says “LITHO IN U.S.A.,” so maybe they see themselves as photos.  The 1964 Topps Giants measure 3 1/8” X 5 ¼”, slightly smaller than the Goudeys, but no one would claim they aren’t cards. Is it because they’re Topps? Because they were sold in stores? Have backs? 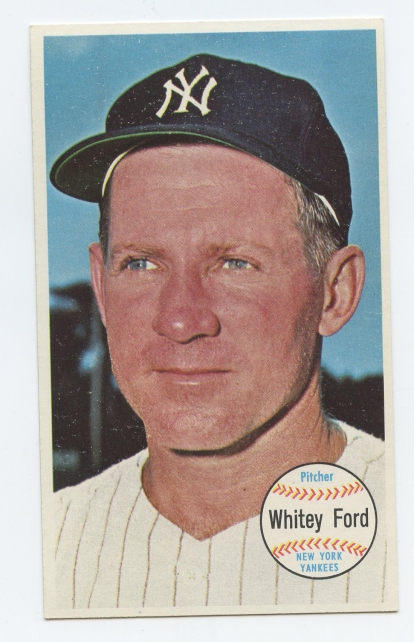 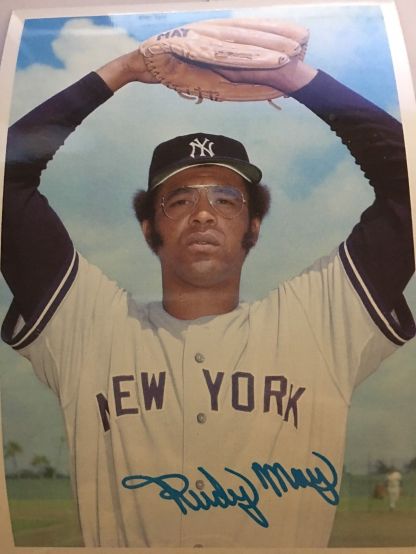 This is a card? 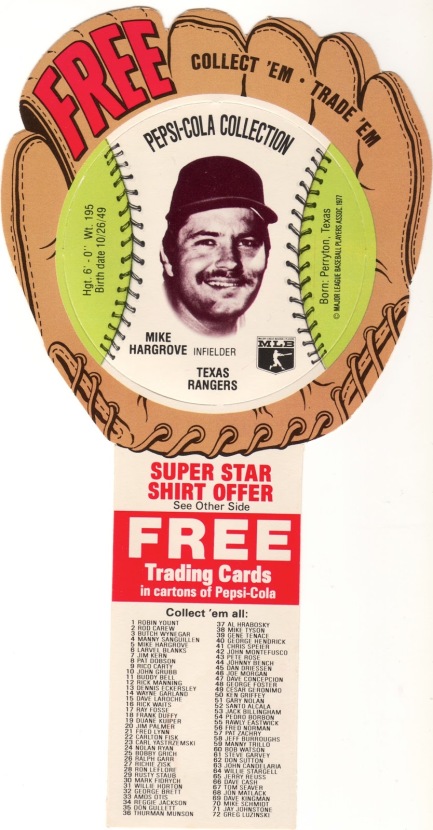 I don’t know the answer to the question but, since Jimmy raised the point, it’s been on my mind. What is and isn’t a card? It can’t be the maker that gives it identity, because the card world has had innumerable manufacturers. Is it distribution? Can’t be. Cards have been delivered in a lot of different ways. In store premiums are not much different than box toppers or mail away offers. Is the back having content or not a dividing line? Plenty of issues have minimal to zero text on the reverse.

Give it some thought, for me.

16 thoughts on “Purity of Essence (Or, How I Learned to Start Analyzing What Is and Isn’t a Baseball Card)”