My set collecting these days has been a mix of the ridiculously attainable (1960’s Topps), the slightly difficult (1971 Kellogg’s) and the preposterously obscure (1952 Parkhurst Canadian minor leaguers). Then there are the 1936 Goudey Wide Pens.

Thankfully the cards, 3 ¼” X 5 ½” black and white photos (portraits, posed action, real action) are reasonably priced. Even the rookies of Joe DiMaggio (along with Manager Joe McCarthy) and Hank Greenberg aren’t that expensive. (Frequent readers know I snagged a DiMag/McCarthy in a one for one swap for a 1976 Walter Payton rookie card).

It’s an odd grouping of players. Around 20% are Hall of Famers, two players get two cards each (Dick Bartell and Clydell Castleman), three cards have player/manger pairings and the rest is a hodgepodge of guys who, even in 1936, seem to be odd choices to make the cut.

“Rabbit” Pytlak was a good-field, no- hit catcher for the Indians. Tony Piet was a classic weak infielder. In 1936 he was 29 years old and the third baseman for the White Sox. Think Maicer Izturis. “Rip” Radcliff would  put in a solid year for the Browns in 1940, but in 1936 was a 30 year old outfielder in his second full season for the White Sox. For some reason I can’t fathom,  he was an All Star and finished in 16th place in the AL MVP voting. 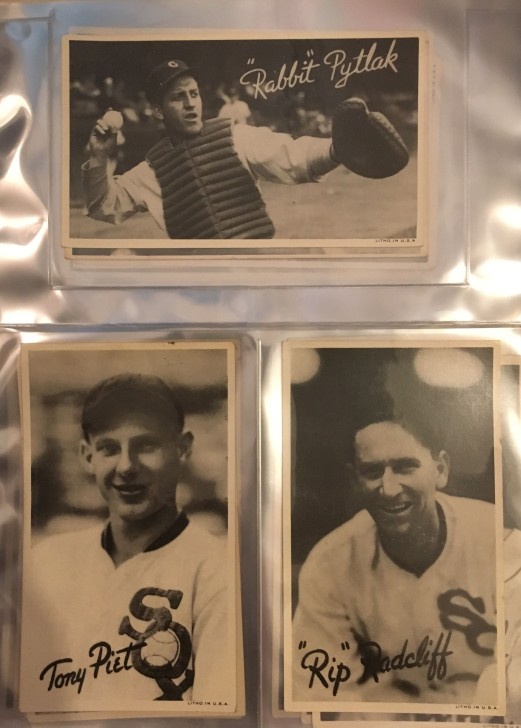 I’ve got no quarrel with having Wally Berger in this set. Berger was a four time All-Star, garnering MVP votes five years in a row.  1936 was the last year of both runs, though decent years still ahead. George Blaeholder was a middle of the road starter who was in his last year in 1936, putting the finishing touches on an 11 year career that ended up with a 4.54 ERA (to be fair, that number equated to an ERA+ of 103, average, not awful).  Cy Blanton was, for one year, worth of his first name. Forgotten now, Blanton had a phenomenal rookie year with the Pirates in 1935, going 18-13 with a league leading ERA of 2.58 (ERA+ of 159). He’d get progressively less effective and be gone after the 1942 season; his last decent year coming in 1938. Still I get why he’s here.  Cliff Bolton, in his fourth season in 1935 finally became a regular in the Senators outfield. Why he gets a card is lost on me, especially considering who’s not in this set (thankfully, since they’d cost a ton) – Lefty Grove, Carl Hubbell , Mel Ott, Dizzy Dean, Luke Appling, Lou Gehrig, Jimmie Foxx. 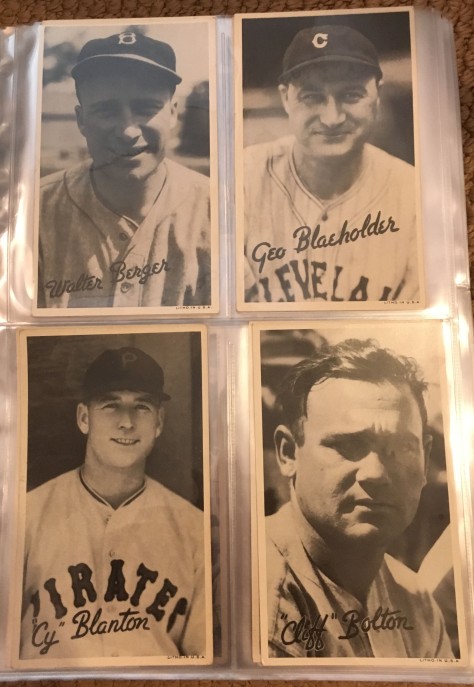 It’s not that there aren’t Hall of Famers; one of every five cards has one.  Alphabetically and numerically, this is a superior run of cards with Charlie Gehringer,” Goose” Goslin and “Lefty”Gomez.  And Charlie Gelbert. Gelbert put in a nine year career as an infielder with a 9.3 WAR. Four of those years he had a negative WAR, in three others he was below 1. Sure, Gelbert over Appling in player selection, why not. 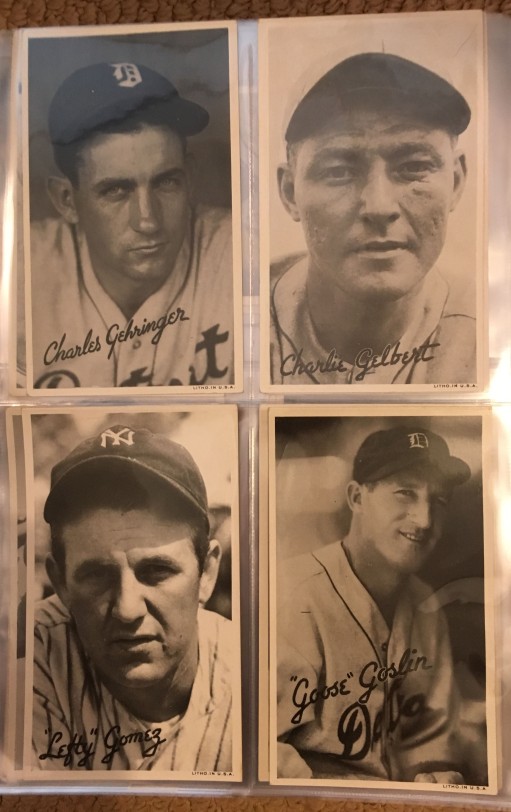 The quirky roster of players in Wide Pen Type 1 is part of why I like it. It’s rare for me to encounter so many major leaguers I know nothing about. (The backs are blank, so no help there). I’ve been steadily marching to completion; I need 11 more. Some are Hall of Famers, but I should be able to get Bill Dickey, Earl Combs and Gabby Hartnett for $15-25 each. The others are commons, some with name recognition today (Phil Cavaretta, Frank Crosetti, Bucky Walters) but they’ll likely set me back around $10 each. The demand is so low that I’ve been able to get cards regularly between $5 – 12.

It’s a great set. Look at this Gee Walker card and tell me it’s not. 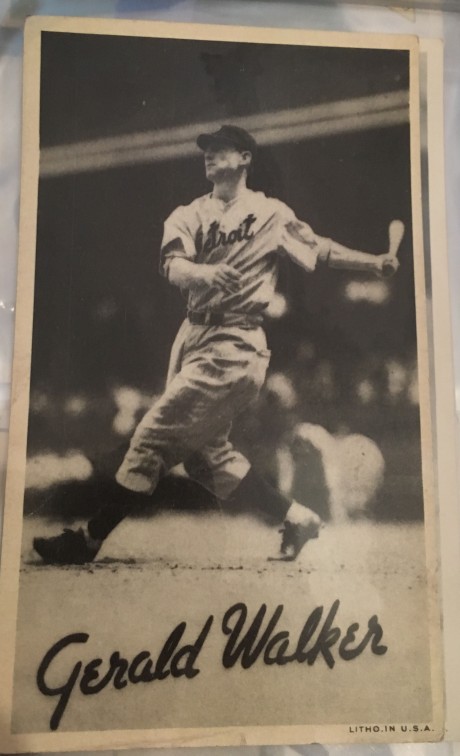