On one of my frequent trips to Baseball Nostalgia, my favorite go-to card shop in Cooperstown, I was telling long-time collector, owner and friend Pete Henrici that I was going to try and complete the 1933 Tattoo Orbit set.

I kinda get it. Unlike, say, the 1933 DeLongs or, going further back, T205s, the Tattoo Orbits look a bit amateurish, a tad half-assed. They’re not particularly artful. Still, there’s something I like about the slightly colorized photos superimposed on the bright, generic backgrounds. 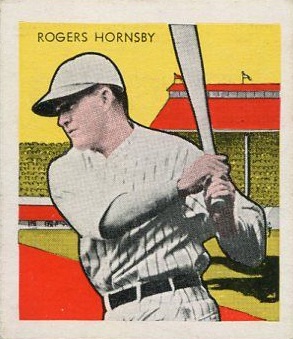 But let’s be real, aesthetics aside, it’s a set I can complete because there are only 60 of them, I already have 23 and commons can be had relatively cheaply. I’m looking for VG cards, though most of the cards I have are more EX. Actually, I’m looking for VG prices. For commons, I can usually nab a nice example for 1/3 to ½ of book. I’ve been pretty nimble at picking off stray bargains.

I’ve got a bunch of stars, though I still need Jimmie Foxx, Dizzy Dean, a few short printed cards and a handful of middle of the road Hall of Famers of the Chick Hafey variety. This one will take a while to finish, due to both availability and price. There’s no way I can get eBay type deals at card shows, so it’s going to take some time.

Making it even harder is my desire for raw cards. That cuts two ways, both badly. Cards of this vintage are almost always graded, regardless of condition, which sucks and limits the supply. However, I am a “price first” person, so if the graded card is attainable at the level I’m willing to pay, so be it. I have a few sets that are all in albums, save one or two graded cards. I don’t like it, but having is better than not having.

Raw cards carry their own risks. Trimming, miscuts, and other problems, come with the territory and scans alone don’t reveal all the flaws. I recently got a beautiful Smead Jolley card, but, though it had all the characteristics of a regular Tattoo Orbit – shiny feel, thin paper stock – something felt off. I compared it to all of the other cards I had and it’s either trimmed or miscut. The seller was very understanding and we arranged a suitable solution, but the uncertainty I fell around that card tapped into some fears I have about old raw cards. 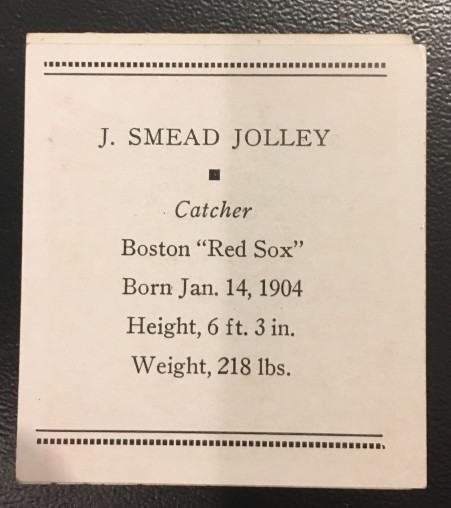 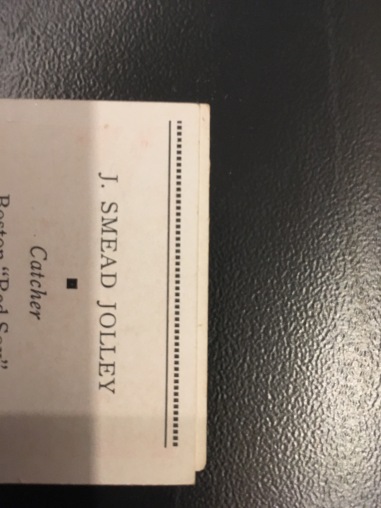 Over the last two years I’ve been pretty quick on finishing sets. Either I was working on Topps or other hugely available cards or I was lucky enough to have such a head start on harder sets that what I needed I could grab. This Tattoo Orbit set is definitely going to be an exercise in patience (and, to my memory, I’ve never spent as much on a single card as I’ll need to spend on Foxx and Dean). It took me 18 years to finish the 2000-01 Topps Heritage Basketball set with all its short prints. The 1933 Tattoo Orbit set may take as long, but it’s bound to be much more rewarding to have.

8 thoughts on “Tattoo Me”