Until early this year, I had one Post card – a 1961 Tony Kubek. Why? I have no idea. I’m pretty sure I bought it at an early ‘70’s card show, when I collected in a more aimless way and picked up stray cards that struck my fancy, at least for a moment.

Then Mark Armour and I did a second trade (the one that set me on the path to working on the 1969 Topps Decals set), and, boom, now I had 30. Not really enough to start working on a 200 card set, but enough to get me thinking.

Thinking turned into action last week when I bought a reasonably priced lot on eBay, 85 cards in varying condition, but good enough for me. I’m not going to be too worried about condition on this one. I’ll be OK as long as they’re decently cut and not creased (or not too creased). Backing up those words with deeds, 22 of the cards I got had a little bit of writing on them, stat updates that, at first, passed me by. The seller was good enough to refund the amount of these cards. I won’t go about replacing them. They’ll do; not my preference, but fine. 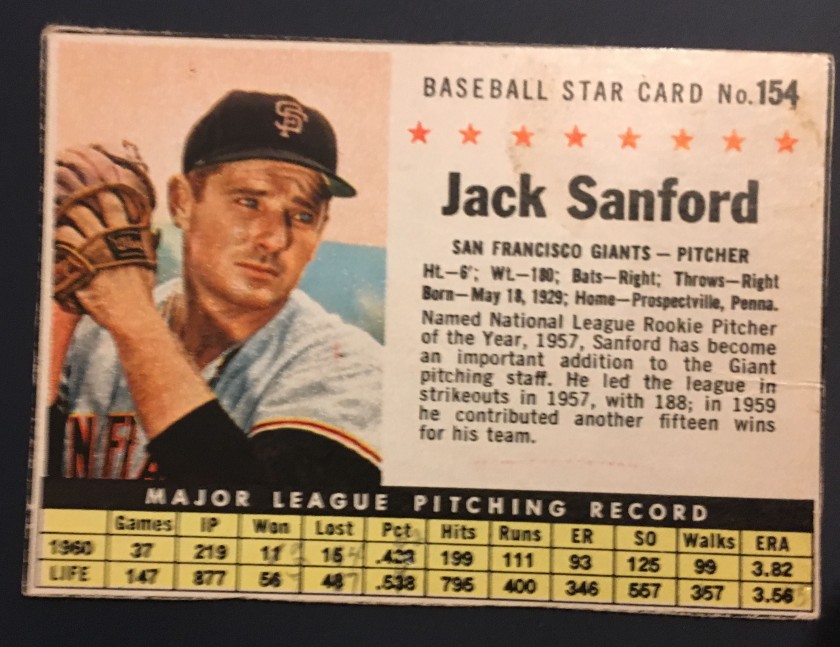 Fine, in more ways than one. Fine, because I’m going to have to put together a full set from an assortment of variations and not be a stickler about anything. There are cards cut from boxes – thick stock – and cards issued by the company on perforated sheets – thinner stock with, at times, tabs visible. 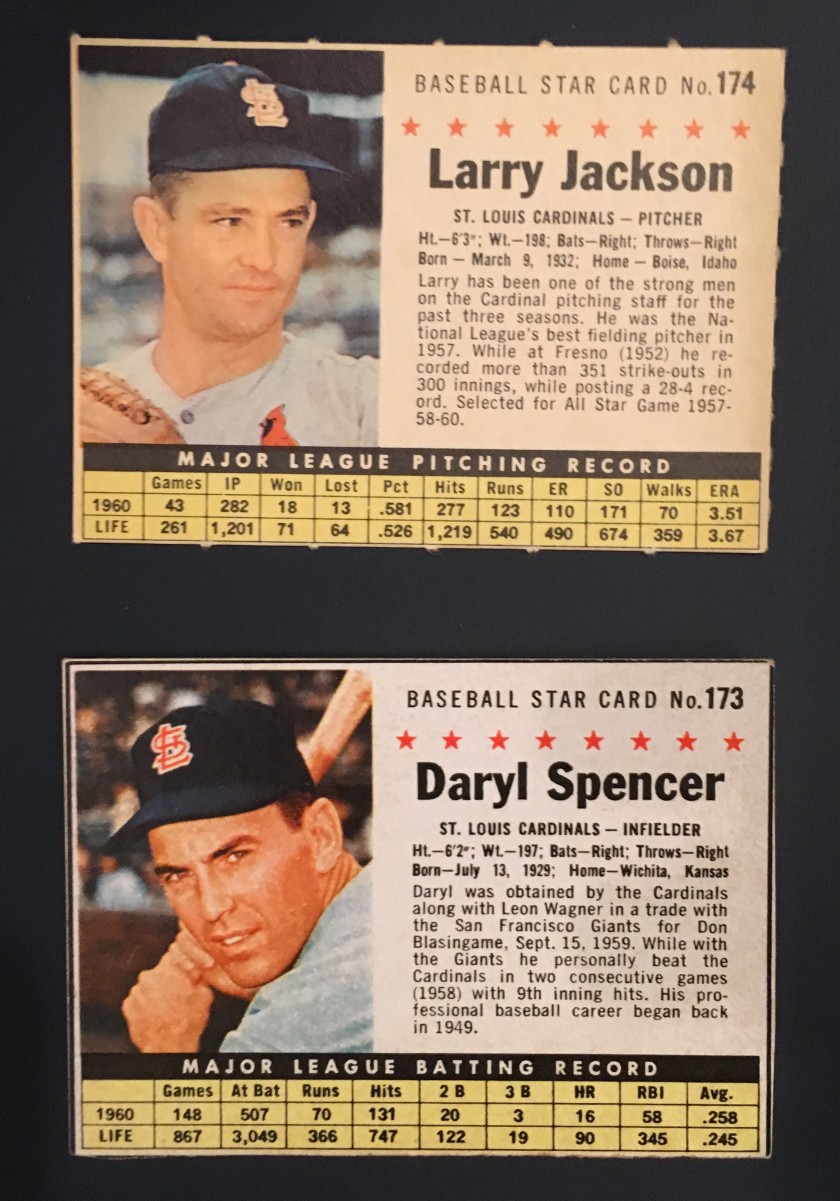 Ultimately, my set will be put together with the cheapest variations I can find, a mix of box and company, Minneapolis and Minnesota (both in the first year of the Twins existence), with and without “sold to” or “traded to” lines, big or small headed Gene Conley, etc. There are some short prints, company only issue of Chuck Estrada, box versions of Roy McMillan and that type. I’m hoping that the big stars I don’t have can come relatively affordable since condition is not a focus. I’m by no means an expert in Post cards, but I’ve already learned a lot.

Though I intended to dive into Nabisco Team Flakes, I still haven’t found a lot to start with yet. The 1961 Post cards have taken their place, for now. I’m already close to some completed pages. Wish me luck. 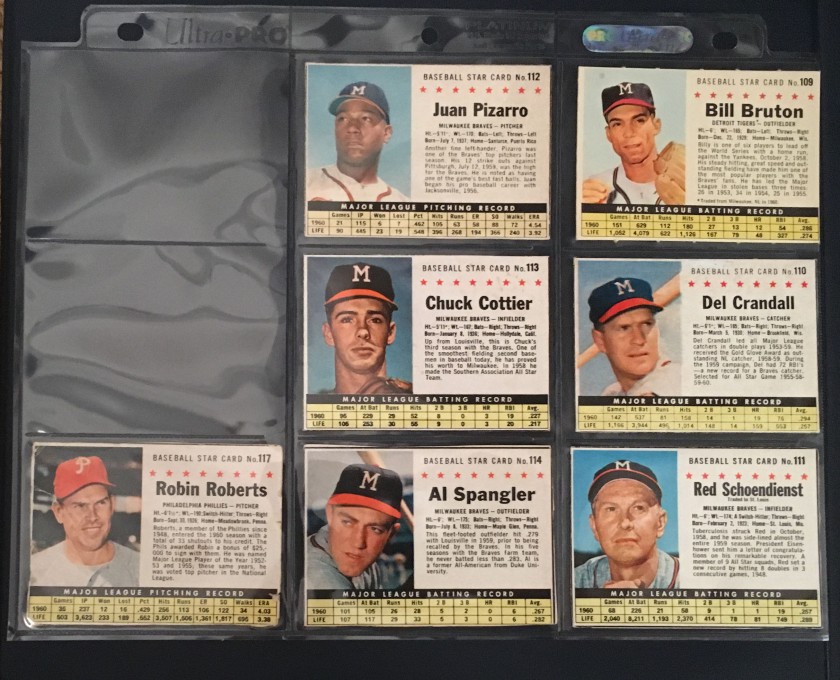