Note: most of the information for this article was supplied by Baseball Research.com and the SABR Bio Project. The latter is noted (as well as other sources) for each specific use.

On September 17, 1910, something terrible happened in Baltimore.

Former first baseman and manager Bob Unglaub of the Boston Americans was crushed in a railroad pit when he was struck by a locomotive. 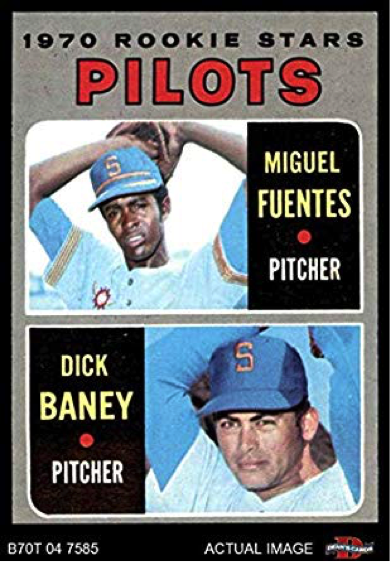 Seattle Pilots pitcher Miguel Fuentes was murdered by a man who thought Fuentes had been urinating on his car (he hadn’t) during the 1969 off-season in Puerto Rico.

Greg Halman of the Mariners died in 2011 of a stab wound over a dispute of music being played too loudly.

They all died while active players or managers. A different kind of Turk came for them, be they Hall of Famers like Roberto Clemente or cup-of-coffee guys like Herman Hill of the Twins.

One of my baseball card collector pals, Kevin Crane, told me his brother’s quirk was “collecting cards of guys who died during their playing careers. He’d line ‘em up on his window sill.”

This sent me down a fascinating and macabre rabbit hole.

Players fell off bridges, slashed their own throats, were shot chasing burglars, stabbed trying to break up bar fights, died of cancer, and by a variety of other means.

To date, there have been 98 players who passed away while still active.

The rest run the gamut: Phillies catcher Walt Lerian was hit by a runaway truck in 1929; Phils hurler Cy Blanton died of internal hemorrhages and cirrhosis in September of 1945; Woody Crowson of the A’s met his maker in 1947 due to a bus collision with a truck (he was the only person injured), and Otis Johnson of the NY Highlanders was shot in a hunting accident in 1915.

A number of players fell to the Reaper’s scythe by being born too early to benefit from advances in medical science, from Bright’s Disease (kidneys), smallpox, pneumonia, typhoid, influenza, tuberculosis, meningitis, and complications from malaria (1872-1918). Conversely, others died due to progress in industrial technology, perishing in plane and car accidents.

Youngsters got a double dose of death with the Topps 1964 set, as Houston’s Jim Umbricht’s card #389 attests. 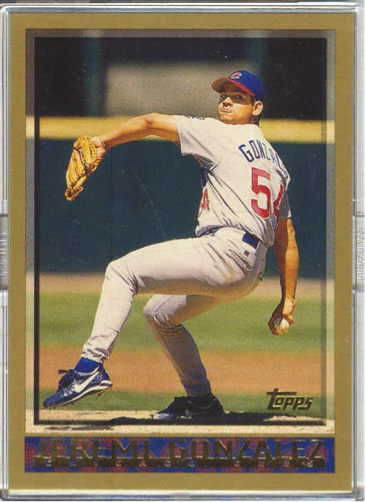 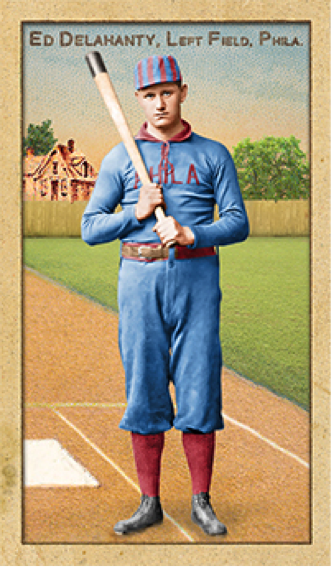 While 7 Major Leaguers lost their lives in plane crashes, Senators pitcher Marv Goodwin was the first, 22 years after the Wright brothers’ first flight, in 1925. 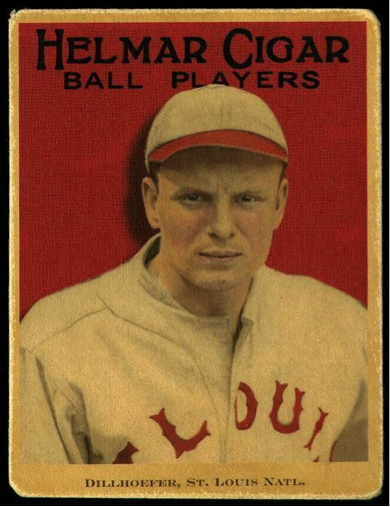 Perhaps the best nickname of active players to perish was “Pickles” Dillhoefer, a catcher for the Cardinals who died of typhoid fever a few weeks after his wedding in 1922.

Red Sox pitcher George Craig discovered a burglar in his hotel room in 1911 and chased him down the hall. The perp produced a handgun and blasted Craig in the stomach. He died 40 hours later, but not before he gave info to the cops, who were never able to find the assailant.

HoFer Addie Joss died at age 30 when he contracted tubercular meningitis. His first baseball card was a 1903 E107 Breisch Williams.

NY Giants Pitcher Dan McGann had a tortured family history: “in 1909, one of his brothers had taken his own life. The previous New Year’s Eve, another brother had died due to an infection resulting from an accidental shooting. McGann’s sister committed suicide in 1890 following the death of their mother.” His death was by a bullet to the chest. The coroner ruled his death by suicide, but his sisters believed he’d been murdered. An expensive piece of jewelry was missing, but a diamond pin, $37 in cash and other valuables were still on his body. (info via SABR Bio by Don Jensen).

Chick Stahl was one of the best outfielders of his day (1897-1906) who also suffered from depression. He briefly managed the Boston team in 1906 on an interim basis. His player-managership did not go well (5-13), and he resigned. Chick was asked to stay on until a successor could be found. The night before an exhibition game, he drank a glass of carbolic acid, a medication used to treat a sore on his foot. Fifteen minutes later, he was dead. The suicide puzzled many, as he was a very popular player, recently married, and relieved to shrug off the yoke of managing to concentrate on playing.

On February 28, 1894, pitcher Edgar McNabb met a woman in a hotel room. An argument arose, and McNabb shot her. He then turned the gun on himself.

Finally, catcher Frank Ringo became baseball’s first suicide in 1898, when he died of a morphine overdose. He was reported to enjoy “the sauce,” and Sporting Life noted he was “a good, hard-hitting catcher.”

THE COST OF DRINK

Pete Dowling pitched for the Milwaukee Brewers and had a taste for “the creature.” Connie Mack, who’d signed Dowling, dropped him from the team for disciplinary reasons. Dowling had previously had troubles with drinking too much. He’d also been a bit of a local hero in Sacramento, where he saved three men from drowning. On the night of June 30, 1905, he missed the train to take him to a game in La Grande, Oregon. While walking along the tracks, he was struck by a train. He was killed instantly, and the impact severed his head. In his passing Dowling’s former manager John McCloskey said, “when he was sober, there wasn’t a more decent chap.” (SABR Bio by John F. Green)

The wrong sort of drink took another player down. Utilityman Tom O’Brien of the Giants and Pirates was told to drink seawater on a voyage to Cuba for a series of exhibition games. It was supposed to be a remedy that would cure sea-sickness. He and teammate Kid Gleason became violently ill, but O’Brien did not recover. He was dead at age 28 from bad advice.

Pitcher Cliff Young died in a car crash in 1993, becoming the third Cleveland Indian to die in an accident in the same year. 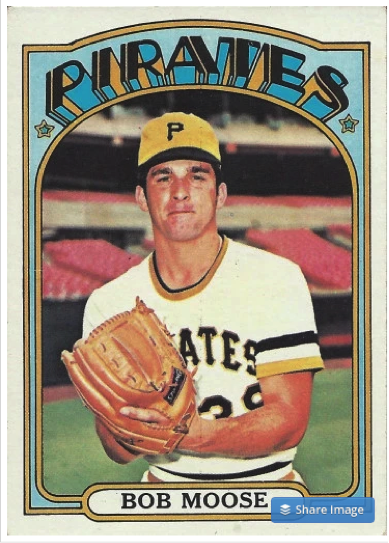 Pirates pitcher Bob Moose also perished in a car accident, which occurred on his 29th birthday in 1976.

On March 3, 1932, Red Sox pitcher “Big Ed” Morris (a noted boozer) got stabbed twice at a fish fry/peanut boil in his honor. The assailant was a gas station operator. The cause for the confrontation ranged from Morris urinating in the community pot of boiled peanuts to Morris making a pass at the station man’s wife. Accounts vary from Morris as instigator to innocent bystander. (info from SABR BIO by Rick Swaine)

Outside of the US, (4) players died in or on their way to Venezuela, in the Dominican Republic (4), and Puerto Rico (3).

1960-1979 was the worst 20 years for plane crashes with (4). All were private aircraft, with three being small or light planes.

When considering accidents as cause of death, 49, or half of all of the fatalities were chalked up to human error. Alcohol surfaced as a common denominator in many accidents and murders.

Cory Lidle and his instructor died when their plane crashed into an NYC apartment building on October 11, 2006. A gusty wind blew their aircraft into the structure during a 180-degree turn.

A striking statistic showed that PITCHERS accounted for almost HALF (48 or 98) of those who perished while active. Moundsmen’s deaths accounted for more than two times of other position players.

Perhaps the saddest stories were those of rookies like the Cardinals’ Charley Peete, cut down before they could share their talents with the world. 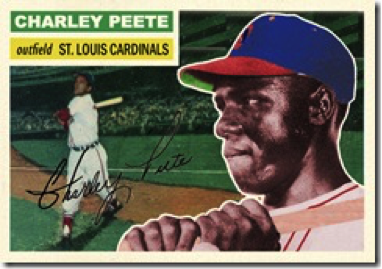