Soon after we moved to Cooperstown, a neighbor, now knowing I liked cards (or assuming Joey, then 8, liked cards), gave me (or us) boxes of mid-1990’s basketball cards. The neighbor’s son clearly saw gold in them thar hills, loading up on Mahmoud Abdul-Rauf cards, but, as we know, all that came crashing down.

I hadn’t looked at those cards since, other than to combine them into as few boxes as possible. A couple of days ago I dragged them out. Nothing of monetary value there, but, I have to say, I was struck by how nice nearly all the different sets and subsets were. The 1997-98 Fleer homage to 1934 Goudey is so nice that I pulled it out of the pile.

Tucked into the scads of hoop cards were some other sports. Very little baseball though, but I stumbled across these two, both Eddie Murray. 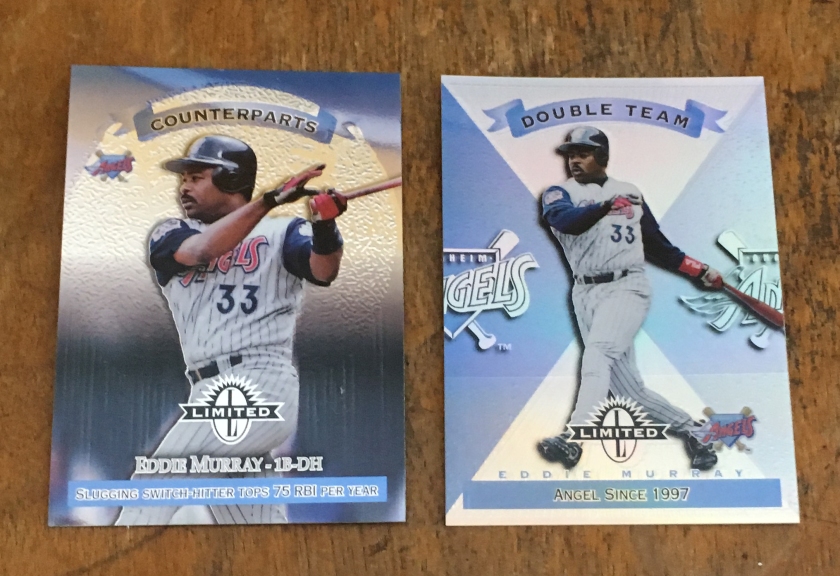 Now that I’ve seen these cards, I’m not sure what to do. As a die-hard set collector, it’s all or nothing for me. Usually. Sure, I poked around eBay to see if I could find a set, but nothing is listed right now. I saw a complete set of 200 sold for somewhere less than $100. 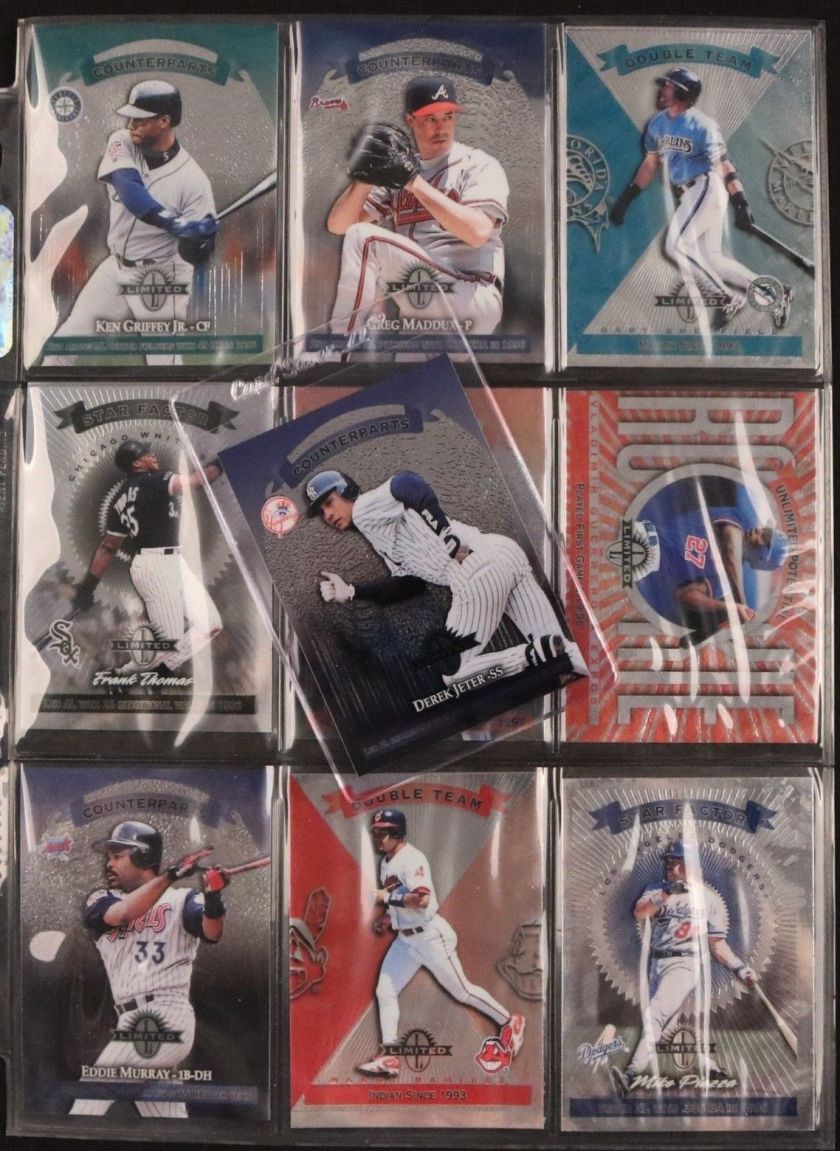 Maybe it’s that I don’t feel like having to store another late-‘90’s box, or that, perhaps, the glow I have from the two cards won’t hold through 200. Or, maybe, I’ve fallen victim to the “junk wax” tag and have a subconscious resistance to buying any set from the time, unless it’s $5-10.

Regardless, nothing will get in the way of enjoying these two cards. I like them so much I haven’t put them away yet, keeping them close by to sneak an occasional peek.

12 thoughts on “Jewels in the Dross”