When grading hit the hobby in the late 1990’s, it was, for me, a death knell. As a set collector, seeing nice commons get sucked out of the market in raw form put me on a baseball card hiatus that lasted about 15 years (except for my annual sets and some occasional new things that caught my eye). I still don’t like buying graded cards (I crack them out of cases if I happen upon one for a set I’m working on) and I’ve never graded a card. Never, that is, until this past month.

As my friend Greg will tell you, my thoughts on grading my pre-war cards stretches back at least a year or more. I’ve been thinking of selling those off to support my current hobby interests. (Here’s a post from last July, which puts some kind of date on this exercise.)

In a very real sense, my back was against the wall when it came to my George Ruth Candy Company cards. A rash of fakes hit the market at the turn of the century, and, though I listed one of the two I have, it was clear that I’d need to get it graded to alleviate any fears of counterfeiting. PSA won’t grade these cards anymore because of the frauds, but SGC will. I sent off #3, the one I want to sell. It’s a pretty nice looking card, nicer than some I’d seen grade EX. I had high hopes.

To SGC’s credit, they promise a quick turnaround. To their discredit, they didn’t deliver on that promise, and I had to call to find out why it was taking so long to get back. I got good help, and, it was during that conversation, that I found out the grade, a 3, VG. 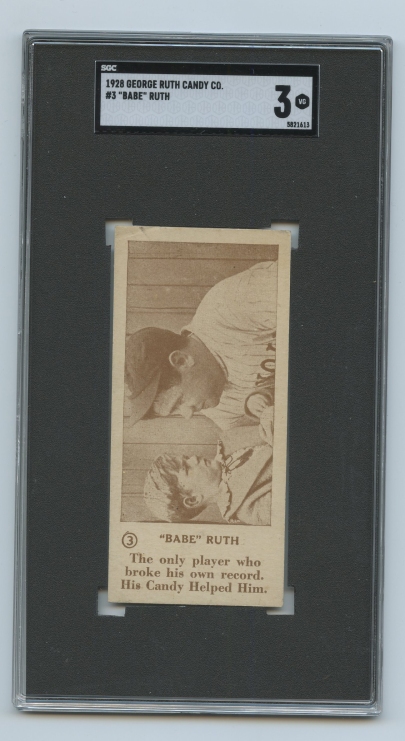 I couldn’t believe it. Not only is the card now valued much less, but I had to pay about $80.80 (including my priority postage to send it) for the privilege.  The whole ordeal made my stomach hurt.

Still, I had an extremely nice Ty Cobb Sweet Caporal Domino Disc to look forward to grading, this time by PSA. I searched around and found some EX ones that sold for well over $1,000, and I was at least in that condition ballpark. While PSA cost less SGC, $49.80, they take longer.

I checked the PSA site often, almost daily, and the card was in processing for a long time. Finally, the grade appeared – PSA 4 (VGEX). I was appalled. 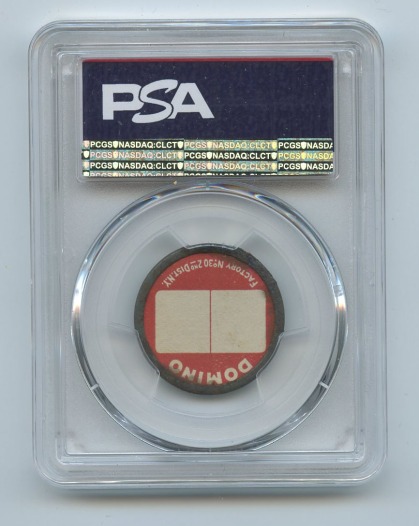 I was once told “Buy the card, not the grade.” That’s good advice, but getting lower (though still good) grades feels terrible. Not only will I end up with less money via sales, but the grades have affected how I feel about these cards. Though I made the intellectual decision to sell them, I enjoy (enjoyed) having these, especially the Cobb, which I loved. Not anymore. Now it feels lousy and I don’t know what to do moving forward. I really would prefer not to have my other pre-war cards graded, but I wonder if I can sell them at a fair price without that. It’s a trap and, for a Katz, I feel pretty mousy.

Overall, it was a Pretty Shitty Adventure. I can’t give it a worse grade than that.