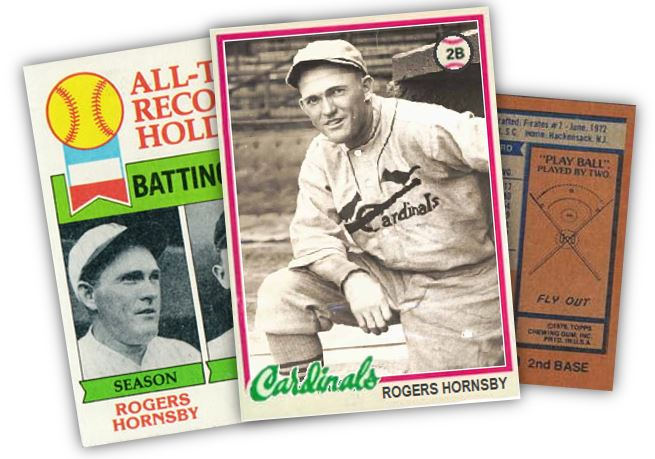 The year of hitting dangerously

If you’re my age you remember the season well. It seemed like everywhere you looked there was a 12-10 score, balls were flying out of the park, and entire teams were flirting with .400. No, this wasn’t the steroid era, the early 1930s, or 1894, though it could have been. It was 1978, I was eight years old, and the game was Play Ball, Played by Two—just as often “played by one” in my house.

Well start with the right way to play, even if it wasn’t the way most kids wanted it to work. The rules of the game were printed on 30 of the 726 card backs in the set. “PLAY BALL.” Played by two. PLAYER HAS 50 PLAYER CARDS. TOSS COIN FOR WHO GOES FIRST. FIRST PLAYERS TURNS CARDS OVER ONE AT A TIME, ATTEMPTING TO SCORE RUNS UNTIL 3 OUTS HAVE BEEN MADE. AFTER 3 OUTS, SECOND PLAYER BEGINS GAME. GAME IS PLAYED WITH 9 INNINGS. IN CASE OF TIE, PLAY EXTRA INNINGS.”

As much as my friends and I would have preferred a Dodgers-Yankees World Series rematch, there was of course a problem in abandoning the Topps rules to play the match-up of your choice. It wasn’t just that Steve Garvey would come to bat in the first inning with two on, two out, and end the inning with a ground out. It was Steve Garvey could do nothing but ground out all season long. Sure, Steve Garvey, Ron Cey, Dusty Baker, and Reggie Smith had just made history in 1977 by all hitting 30+ home runs. When it came to Play Ball, they would go a combined 0 for 2400 on the year. Topps either hated the Dodgers, or they really wanted you to play the game right.

But what the heck does any of this have to do with Rogers Hornsby?

If you did play the game right, it was a completely different story. Of the 726 cards in the 1978 Topps set, 610 had Play Ball outcomes:

Provided each player’s Play Ball stack is randomly chosen from the Topps set, the result is a lineup where the average hitter’s stat line was quite remarkable. (Phone readers, consider landscape for these stat lines.)

Believe it or not, the typical Play Ball player saw even better offense than this! After all, how many Play Ballers drew their lineups from complete sets of 726? More often, Play Ballers simply grabbed unsorted stacks from their collections or the cards from their last 3-4 packs. As such, the 51 double-printed cards in the 1978 set with Play Ball outcomes exerted twice the normal impact on the Play Ball probability space, leading to this DP-adjusted set of outcomes.

Rogers Hornsby won the National League Triple Crown in 1922 with an eye-popping .401 batting average, 42 home runs, and 152 runs batted in. The Rajah had 148 singles that year. Play Ball had 146. The Rajah had 14 triples that year. So did Play Ball. The home runs of course differed by 1, and none of the four elements of the Rajah’s .401/.459/.722/1.181 slash line differed from Play Ball by more than half a percent. Within just a smidgen of round-off error, Play Ball was 1922 Rogers Hornsby. 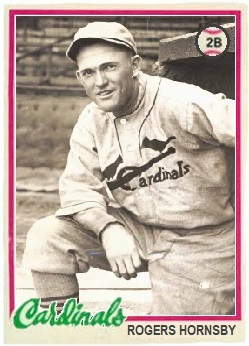 Hornsby would crack the 1979 Topps checklist in earnest, just as he had in 1961 and 1976, and each of these cards no doubt gave kids a thrill out of the pack. However, 1978 is without a doubt the season that the Rajah most made his presence felt. Even without a card in the set, his 1922 season haunted every living room, bedroom, classroom, and school bus ride where Play Ball was played.

As the Garvey example illustrates, there was no effort on the part of Topps to associate the best outcomes with the best hitters. Of the 39 “Home Run” cards, the most prolific slugger in the bunch was Rick Monday, though Bombo Rivera at least possessed a great slugger name. Other notable home run Play Ballers included Nolan Ryan, Jim Palmer, and a man who caught baseball’s most famous home run. Now I know most readers of this site like to play things fair and square, but let’s just say you really, really needed to win at Play Ball. Don’t say I told you, but yes, there are ways to make it happen. 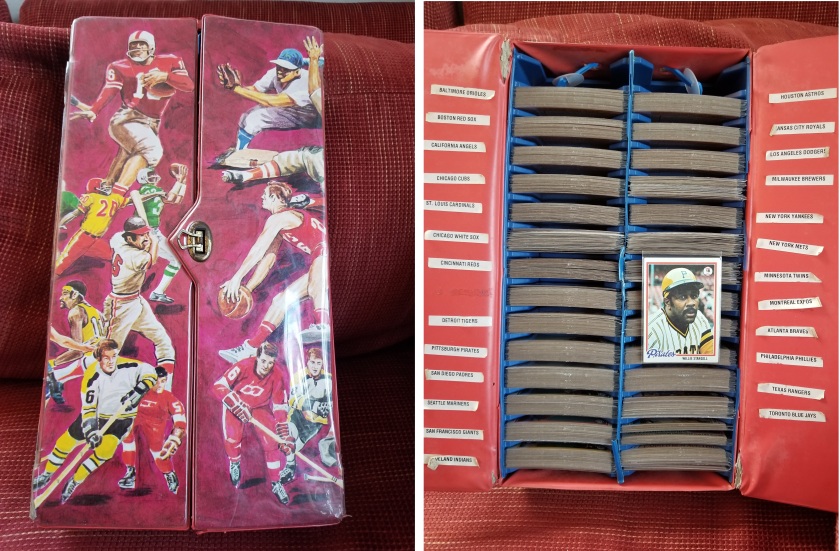 The key to this approach is how unbalanced the Play Ball outcomes are by team. Here is a comparison of the Reds/Braves and Angels/Rangers.

A variant on this strategy that’s perhaps less suspicious but still effective is to take American Leaguers over National Leaguers whenever you have a choice. Or you could just play fair and square. That’s fun too.

I could spend all day providing insights and analysis on the Play Ball card backs of 1978 Topps. However, knowing I am in the company of a number of fellow researchers I thought I’d do something different here.

For the first time in the history of the internet, I am publishing full Play Ball data and making it available to all readers of this blog—no paywall or anything. Enjoy, and I look forward to the varied and interesting research that will come from this treasure trove of data.