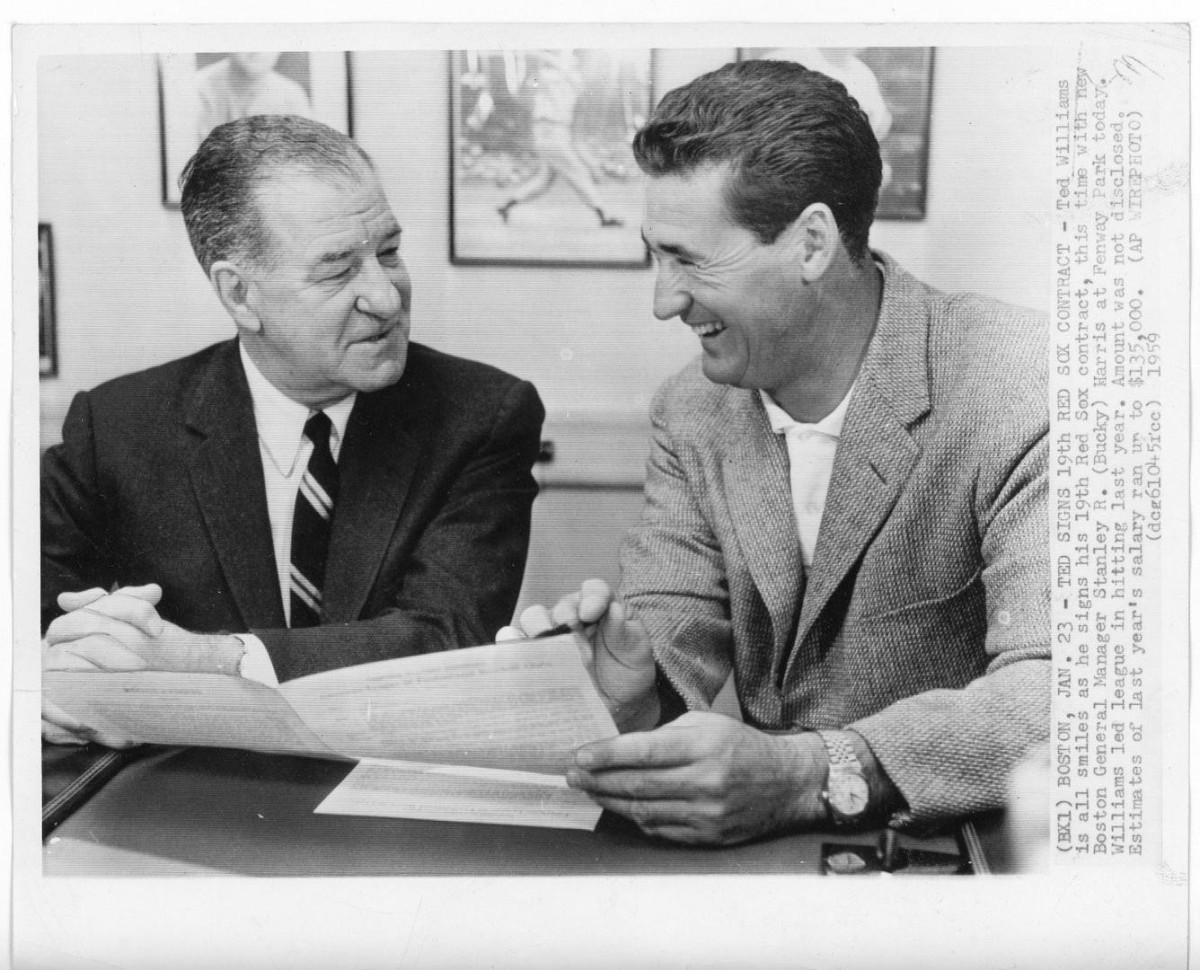 The hobby is full of secrets, mysteries, and a lore often built on hearsay, self-interest, imperfect memory, and conjecture. Of course sometimes there is actual evidence.

Today’s baseball card mystery is the mythical “Ted Signs for 1959” card #68 that has prompted many a collector to declare 79/80 good enough on the 1959 Fleer Ted Williams set.

Before plunging into the unknown, here is what’s known.

What remains a mystery, or at least lacking consensus, some 60 years later is just how early the card was pulled from production. Specifically, did card 68 ever make it into packs?

Here is a fairly extensive literature review on the subject. While all sources agree the card was pulled early, none offer any specificity as to just how early “early” really was.

Equivocating on the issue one final time is this Heritage listing for an unopened box, which suggests the card shouldn’t be in the packs but might be.

If it were well known or provable that card 68 did in fact make it into at least some packs, I have to imagine the Heritage catalog would have played up that fact in its listing. As it is, my read of the listing is much more a “probably not” than a “maybe.”

Of course, if I learned anything at all from my History teacher, primary sources are always best. As such, let’s see what the Frank H. Fleer Corporation had to say about the card back in August 1959.

A full transcript of the letter is here, but the key lines are these:

Due to the possibility of legal overtones, card #68 of the Ted Williams series was not put on the market for sale.  However, it was made and we have been able to send several to people such as you who have inquired.

So there you have it, right? Straight from Art Wolfe at Fleer, we see that card 68 was not put on the market for sale, i.e., did not make it into packs.

However, where baseball cards are concerned, there are sources even more reliable than the Assistant Promotion Managers of the companies that make them. The best authority on card 68 and the only source truly worthy of the label “primary” is of course card 68 itself!

As luck would have it, I finally picked one of after all these years. I think you’ll agree it’s not a bad looking “2.”

I have to imagine the grade was based more on the card’s reverse, which has a prominent wax stain and a crease that shows up the right lighting makes evident.

Wait a minute! Did somebody say wax stain?!?! Let’s crack that card out of its plastic prison and get a better look.

Sure enough, it’s a wax stain. MYSTERY SOLVED! And lest you think this one card managed to sneak through quality control, here’s another…

This is also a good spot to thank reader “athomeatfenway” for the tip to check out page 212 of the Ted Williams bio “In Pursuit of Perfection” by Bill Nowlin and Jim Prime. Here, dealer Irv Lerner recounts an incredible story of the 1959 Fleer set along with his recollection of card 68 specifically.

“The initial run did have the number 68s in it. Two or three months afterward, they damaged that part of the plate so they could pull it out.”

Incidentally, the wax stains do more than confirm that card 68 made it into wax packs, albeit very early ones. The stains may also provide a rough means of estimating how many of these cards were issued in packs versus through direct correspondence with Fleer.

One of our readers, Derek, provided this information via email.

Most sure these [wax-stained “Ted Signs” cards] came from 8-card packs as those were the first production line. They did not make 8-card packs after they pulled #68. That is another reason they are extremely rare to find.

In doing my research for this piece, I ran across some information outside the main storyline that nonetheless felt worth sharing.

First up, here is a 1958 photograph of Art Wolfe, the Fleer employee who signed letters to collectors in 1959. Source: October 12, 1958, Press and Sun-Bulletin (Binghamton, NY).

The following week the Fort Lauderdale News (March 25, 1959) covered the signing of Ted Williams by Fleer as an early sign of the cardboard apocalypse.

And a week after that, the April 2 (subscription required) Press and Sun-Bulletin (Binghamton, NY) covered Mr. Wolfe from Fleer in the middle of his “Just say no to Topps” campaign.

You might be surprised to see all this coverage of the baseball cards wars long before the financial side of the hobby exploded. Still, this stuff really did matter to kids back then! Here is the May 22, 1961, edition of the Miami News.

Fleer took a break from the baseball card business between 1963 and 1968, so it’s not surprising that Art Wolfe would return to his sportscasting roots, eventually becoming sports director for WPEN, known today as “97.5 The Fanatic.” Here is an ad from the July 13, 1965, Philadelphia Daily News.

Following his tenure with WPEN, Wolfe went on to become a sports reporter and anchor for Philadelphia’s KYW. This letter from a young reader in June 1986 stands as proof not only that Philly sports fans are the worst but that they start young! 😄

Clare R. “Art” Wolfe passed away in 2008, having spent most of his life a radio and TV man doing sports. However unappreciated his work may have been by an eighth grade Gregory Popowski, many of us—but not quite all of us—with complete 1959 Fleer Ted Williams sets owe Mr. Wolfe a debt of gratitude for putting those cards in the mail.

Committee note: Tomorrow the SABR Baseball Cards blog will be celebrating 400 posts with a specially themed article revolving around the number 400. Any guesses? Fitting though it might have been, you can probably already rule out Ted Williams!

16 thoughts on “A Ted Williams mini-mystery…solved?”