Main Street Toy Company was a 10-person outfit that was formed in the wake of Coleco’s demise. Main Street’s founder, Gene Murtha, was a former vice president of marketing for Coleco.  He assembled a small team of executives to run a new toy company poised to “learn[] lessons from Coleco’s mistakes.”

Main Street found quick success with Slap Wraps, a plastic-coated steel strip that would automatically curl around the wrist when slapped on one’s arm. The company sold upwards of $4 million worth of Slap Wraps in 1990. Unfortunately, this was the only successful product in its lineup and by 1991, Main Street had been gobbled up by a competitor and dissolved.

But, what does all of this have to do with baseball cards you ask?

Well, Main Street Toy Company marketed the worst baseball card set ever in 1989. Patented by video game stalwart Eric Bromley and assigned to the fledgling company, Main Street Baseball was an electronic game that used statistics for individual MLB players to help determine game play outcomes. According to the box, you could “Steal a base like Vince Coleman” or “Pinch hit like Kirk Gibson.” Wow!

Player information was embedded in bar codes that were printed onto small stickers designed to be affixed to the back of that player’s baseball card. In theory, this was not a bad idea at all. In practice, however, the kids who wanted to play Main Street Baseball were encouraged to deface baseball cards of their favorite players and then slide them through a slot to scan the bar code. Oh, the humanity!

The game included bar codes that contained the 1988 statistics for over 100 players, along with an offer to purchase bar code stickers for each of the 26 teams in MLB at the time. And have I mentioned that the Main Street Baseball game was packaged with the worst baseball card set ever?

Officially licensed by the MLBPA, Main Street was authorized to use the names and statistics for the superstars of the day and produced a 24-card set that featured standard-sized cards. The complete set includes:

The backs of the cards are unnumbered and list only biographical information and rudimentary statistics from each player’s 1988 campaign— batting average, home runs and stolen bases for position player and won-loss record, ERA and strikeouts for pitchers. And, of course, a spot was designated for the bar code sticker. 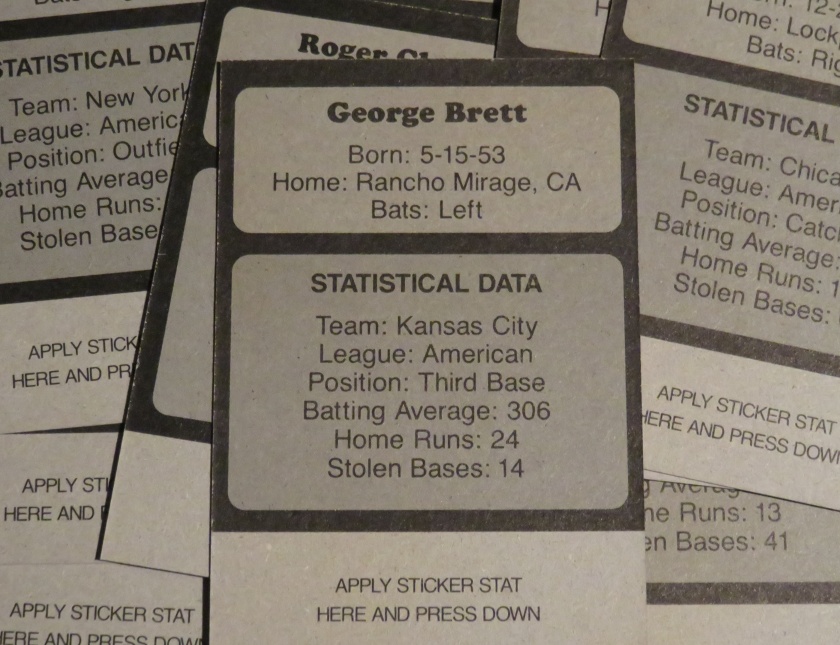 Although the production run is unknown, these cards can be difficult to find. So why would a difficult-to-find set comprised of half Hall of Famers be so brutal, you may be asking?

Well, the cards do not include photos or illustrations of the players.

What? Wait a second. A set of cards that was licensed by the MLBPA does not include any player photos? Not even pictures with the team logos airbrushed out?

Strictly for completionists, the Main Street Baseball cards are the worst ever—unless you have a thing for wholly generic baseball art and a dearth of statistical information. As for the game—who knows. I was never willing to destroy my cards to play it.

John is a Chicago lawyer with an insatiable interest in baseball-related litigation. When not rooting for his beloved Cubs (or working), he is probably reading a baseball book or blog, planning his next baseball trip, or enjoying downtime with his wife and family. He is probably the world’s foremost photographer of triple peanuts found at ballgames and likes to think he has one of the most complete collections of vintage handheld electronic baseball games known to exist. John is a member of the Emil Rothe (Chicago) SABR Chapter and Co-Chair of the SABR Baseball Landmarks Research Committee. View all posts by John Racanelli