There are nearly to six decades of Topps All-Star Rookie Cup awards which means there are somewhere in the neighborhood of 600 cards in the history of the subset.

This raises the question why among all these cards does Gary Carter get the honor of his own posting on the SABR Baseball Card Blog. Well there are many reasons, but lets start with he is a Hall of Famer and…..well, I enjoy over-analyzing cards. 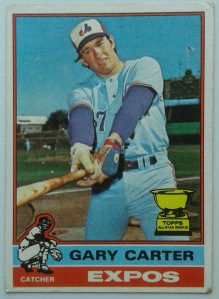 We have a fine photo of young Gary Carter in a classic baseball card pose. The distinctive characteristic of 1976 Topps is the position illustration seen here on the bottom left. It is a nice accent to the sets otherwise minimalist approach. On the cards other lower corner we find the reason we are here, the All-Star Rookie Cup icon. This is the second iteration of the cup, just a cup, no top hat and no batter atop that hat.

As we look a little closer the card there are a few other things I found interesting.

Yes I think we have enough info here to give a time & place for this photo.

Fortunately for us the Expos wore their numbers on the front of their uniform in this era. Notice that Carter is not wearing the familiar #8, which he donned for most of his career and was later retired by the Expos/Nationals. According to Baseball-Ref for a brief period as a September call up in 1974 Gary Carter wore #57 – which looks to be the number we have here. Looking at the background on the photo it appears we are at Wrigley Field.

Turning to Carter’s 1974 Game Logs we find that he played three games across two days in Chicago. There first was the latter game of a double header on September 24th which the Expos won 11-2. The following day featured yet another double header which the Expos swept 7-1, 3-2. There is plenty of fascinating things to find in those boxes but for our limited time and space it is most important that we note that our hero went 4 for 11 with a triple and 3 RBIs in the three victories. In the last game Carter made one of his 132 appearances in Right Field (who knew). Across both double headers the 90+ Loss 1974 Cubs would draw less than 5000 fans COMBINED.

I have one dilemma with the game dating. The field is set up for batting practice. I can’t imagine the Expos had BP on the day of a double header. Perhaps these pictures are from Monday September 23 prior to a postponed game that lead to the consecutive double headers. Regardless the evidence points to one of three dates for the Photo September 23, 24 or 25 of 1974. 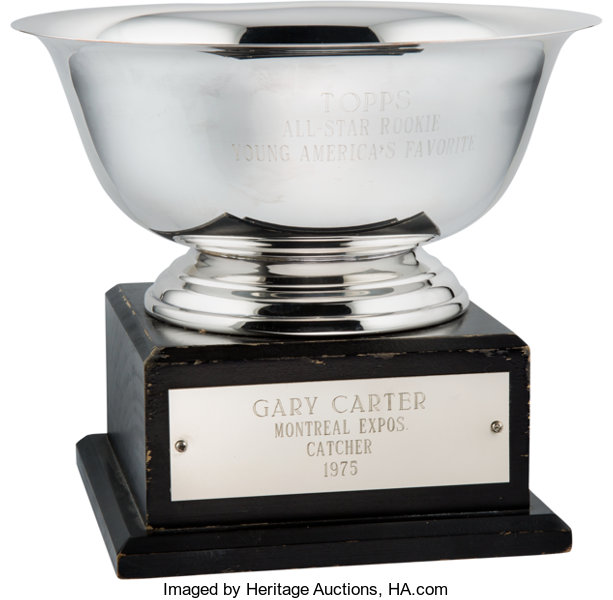 Yep thanks to Heritage Auctions we have an image of a real life Topps All-Star Rookie Cup Trophy. To me this is a big deal outside of Carter’s trophy, I have only seen images of a few others Dick Allen, Tony Oliva, and Tommy Harper. Never seen one in the wild.

The Gary Carter Cup sold in November of 2016 for just under $1,800. According to the Heritage Auction website the owner of the trophy is entertaining offers for the trophy.

3b) But wait there is another Trophy!!

Topps also gives out a AAA version of the award. 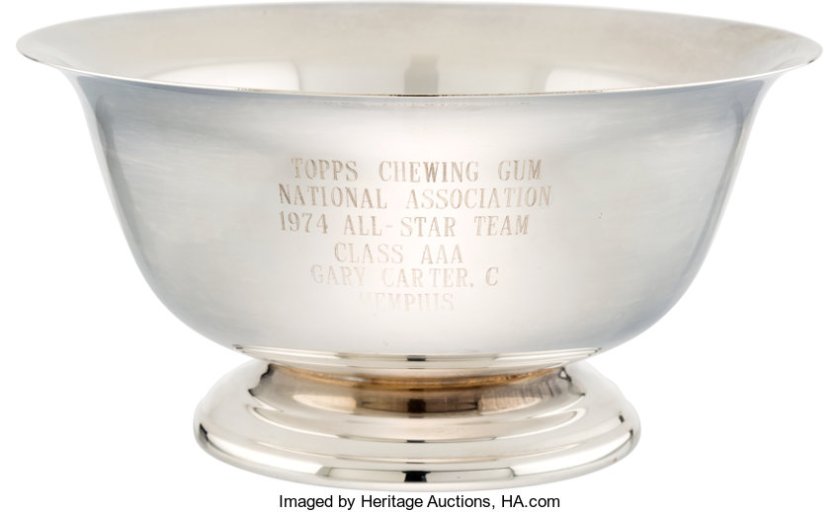 And in 1974 Gary Carter won that award as well.

No over-analysis of a card is complete without flipping the card over. 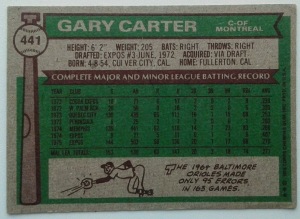 Check the cartoon here which discusses the defense of the 1964 Orioles. Apparently this is a positive superlative. I was to lazy to confirm that the 95 errors was a record for fewest by at team (at the time), However I will note that in 1964 the second best team was the Yankees who committed 109.

This leads us to a brief point about baseball changing. In 2018 the MLB average for errors for a team was 93. That is 2 miscues less than the number that Orioles led the league with in 1964. The league average was 142 in 1964.

Finally one of my favorite fun facts about Gary Carter is he was also a card collector. As fans we learned this from a different card:

Check out the latter cartoon. I am thinking of putting this in the banner to my Twitter Feed.

If you don’t believe Topps we also have this photographic evidence. 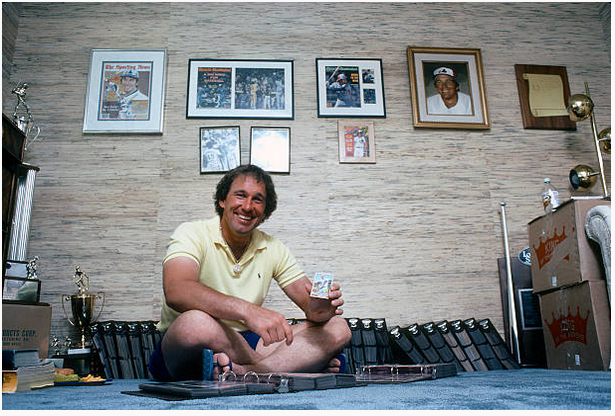 Check out all those binders!!

And yes He is holding the card that is the subject of our posting: 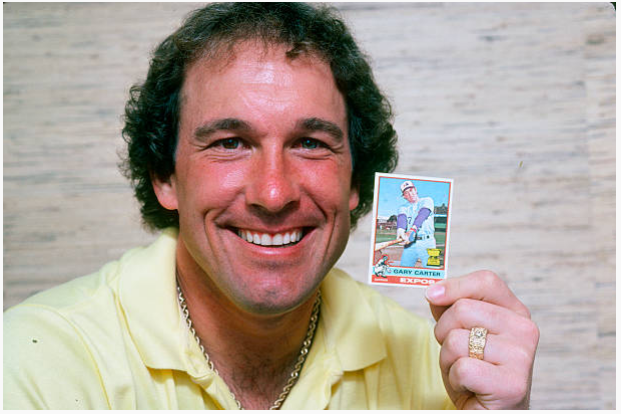 Gary Carter will always be the Kid.